A 52-year-old Keswick man faces two counts of accessory after the fact to murder
May 3, 2018 3:33 PM By: BarrieToday Staff 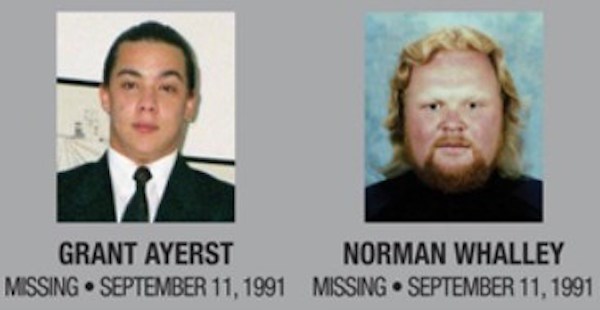 At that time, police jointly announced that 49-year-old Michael Guido Gerald Claes of Elmvale, Ont. had been arrested and charged with two counts of first degree murder in regards to the deaths of 21-year-old Grant Ayerst and 36-year-old Norman Whalley.

On Wednesday, May 2, 2018, a second arrest was made in Keswick, Ont. in regards to this ongoing investigation. As a result, 52-year-old David Glenn Bond is currently facing two charges of accessory after the fact to murder, contrary to Section 240 of the Criminal Code of Canada. He has been remanded in custody and appeared at the Ontario Court of Justice in Barrie earlier today for a bail hearing.

The dedicated Simcoe County Case Files Facebook page remains active and the episodic videos that focus on the murders of Grant Ayerst and Norman Whalley, 17-year-old Cindy Halliday, 40-year-old April Dobson and 30-year-old Jaimee Lee Miller also remain available on the OPP Corporate Communications YouTube channel and there are also links to them on the Barrie Police website as well.

Viewers can provide information by calling the dedicated Simcoe County Case Files Hotline toll-free at 1-844-677-5030, by email at SimcoeCountyCaseFiles@opp.ca or - to remain anonymous - call Crime Stoppers at 1-800-222-8477 (TIPS).