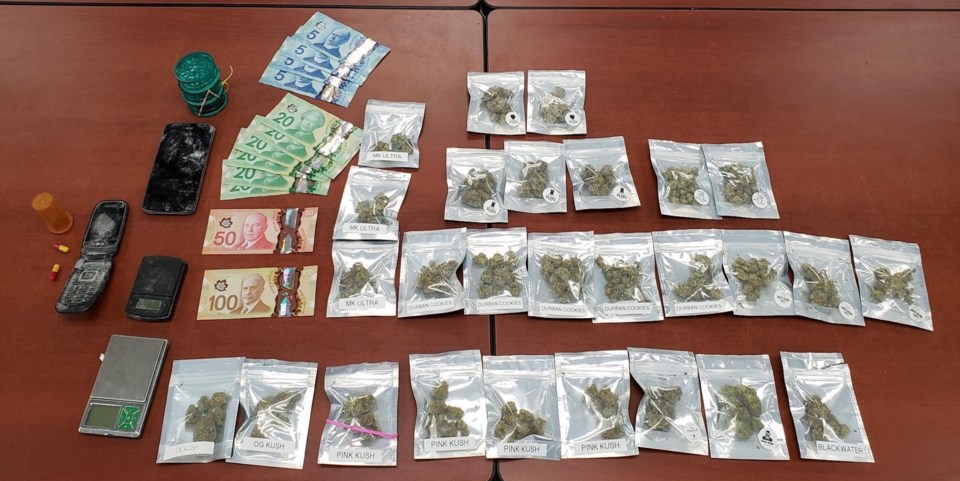 NEWS RELEASE
ONTARIO PROVINCIAL POLICE
*************************
MIDLAND - Members of the Southern Georgian Bay detachment of the Ontario Provincial Police (OPP) responded to a report of a possible impaired driver parked at the intersection of Centennial Drive and Harbourview Drive at 10 a.m. on July 12, 2019.

The responding officers spoke with the male driver who was detained and taken to detachment for further investigation. Officers located a considerable amount of a packaged green leafy type substance which is believed to be be marijuana valued at $700 along with Canadian currency and drug sales paraphernalia in the vehicle.

Charged is Kyle Homer, 28 years old of Innisfil, with the following offences:

He was released from police custody on a recognizance to appear before the Ontario Court of Justice in Midland on Sept. 5, 2019

Officers remind motorists and operators that an essential part of the enforcement job is to save lives and reduce injuries on our roadways, waterways and trails. Educating the public about safe driving practices is a priority and stress that drivers/operators make the right choice and never drive impaired.