'Any time you get drugs off the street is one thing, but with the combination of drugs and weapons... there's an extreme element of danger,' says police official
Jul 22, 2021 11:54 AM By: Raymond Bowe 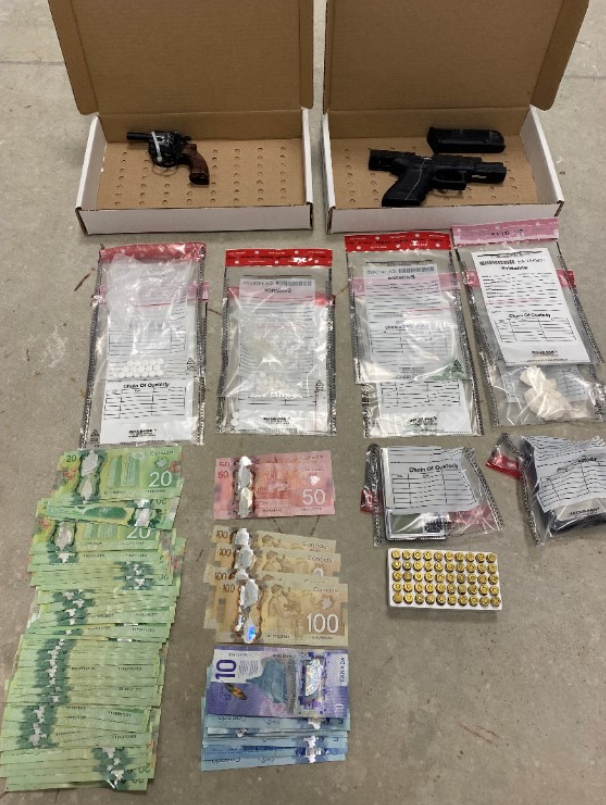 Three adults and one youth face a laundry list of drug and weapons charges following a bust on Penetang Street, Tuesday afternoon, that involved "a very significant level of danger," says a police official.

Barrie police were called to an apartment complex, east of Berczy Street, for a disturbance between two people around 1:30 p.m.

Police did not comment on the nature of the altercation, but did say the investigation quickly took a different turn.

"This just goes to show you that there's no such thing as a routine call for service," Barrie police communications co-ordinator Peter Leon told BarrieToday.

Uniformed officers initially responded to the call, but officers from the street crime, drug enforcement and other investigative units were also brought in to assist once investigators realized the scale of what they were dealing with, Leon said.

"These drugs were obviously destined for our streets," he said.

Two firearms were also seized, including a revolver and a semi-automatic .44-calibre Glock, as well as Canadian currency.

"This was great work done by our officers, because there was a very significant level fo danger involved," said Leon. "You don't need to wonder what those firearms could've been used for.

"This is significant," he added. "Any time you get drugs off the street is one thing, but with the combination of drugs and weapons... there's an extreme element of danger and putting the community at risk."

All four suspects were held for a bail hearing.