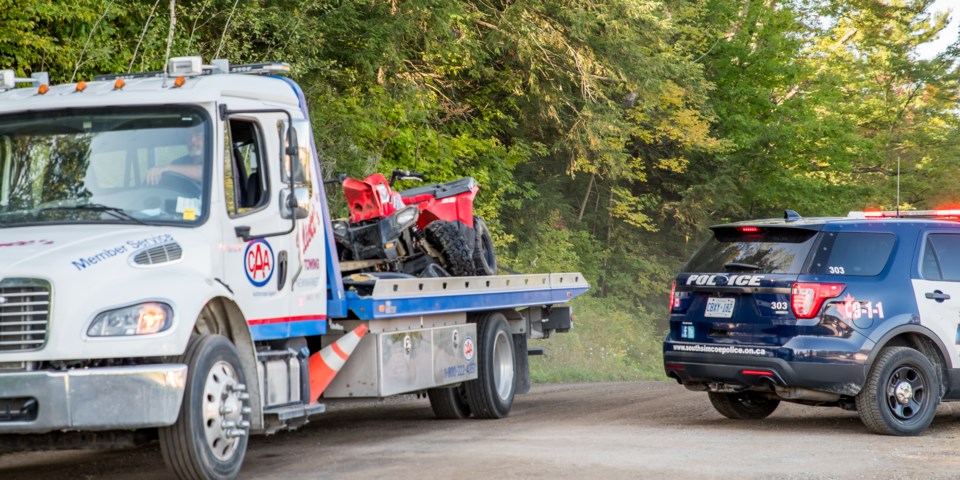 A heavily damaged ATV is removed from the scene of a fatality early this morning. Paul Novosad for Bradford Today

On Wednesday, Sept. 23, 2020 around 5:00 a.m., South Simcoe Police Service officers were called to Line 12 near 10 Sideroad for a report of a single-vehicle collision.

Traffic Unit officers attended the scene for collision reconstruction. Police have determined that the two men and the woman were riding the ATV when it left the roadway, entered the ditch and struck several trees.

The accused was released with a future court date.

South Simcoe Police Service officers are appealing for witnesses. Anyone with information regarding this incident is asked to contact Constable Rob Griffin at 905-775-3311, 705-436-2141 ext. 2030 or Crime Stoppers.