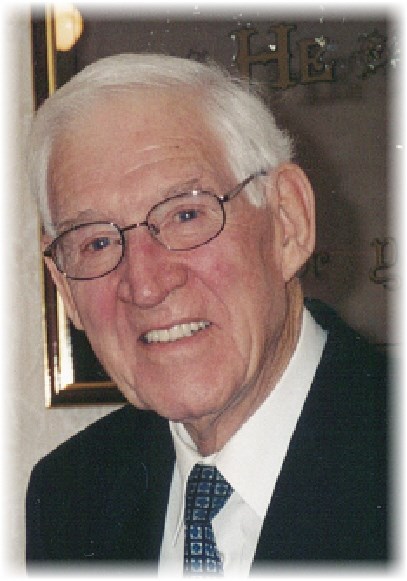 Harold Spurgeon Paisley died peacefully in his 92nd year at Victoria Village, Barrie, on December 4th, 2015.  He has gone home to be with the Lord. Born in Northern Ireland, he was a veteran of World War II and became a captivating preacher and teacher of the gospel for over 60 years. After settling in Canada in 1966, Harold continued to travel the world as an evangelist and his words have brought faith, comfort and direction to many. Beloved for his frank personal testimony of faith and his love of the Lord, Harold has left a lasting legacy.

Harold will be greatly missed by his loving wife Etta, his son Kenneth, his daughter Ruth and husband Alastair, his son Harold and wife Sharon, and his daughter Linda and husband David.  The loss is also felt deeply by his grandchildren, Douglas and wife Alice, Rosalyn and husband John, Kyle and wife Meredith, Megan, David, Mark and wife Tracy, and Joshua, as well as his two great grandchildren Keziah and Daniel.  Memories of his strong faith, vibrant personality, charisma, and determined and passionate character will remain with us always.

The family would like to thank the staff at Victoria Village for their tireless and compassionate care. They treated him like family. In lieu of flowers, donations may be given to Victoria Village Manor in Harold’s name.