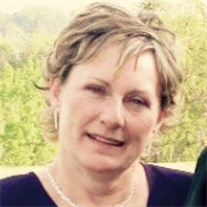 Barb passed away peacefully at home surrounded by family on Monday, February 29, 2016.

Barb is predeceased by her parents, Hugh and Wilma McNally of Bethune, Saskatchewan.

Barb was born in Regina, Saskatchewan in 1949 and spent her first 17 years on the family farm near Bethune, Saskatchewan. At the age of 17, Barb joined the Royal Canadian Navy and did her basic training at HMCS Cornwallis in Nova Scotia. After basic training, she was trained in Office Administration in CFB Trenton and CFB Borden, Ontario. On leaving the Navy, Barb moved to Toronto where she got a job at the Insurance Brokers Association of Ontario (IBAO) where she worked for over 45 years, first at their old office on lower Yonge Street before moving up to their offices in the Yonge and Eglington in Toronto where she worked until her illness.

Barb enjoyed life with her husband, family and many, many friends.

The family would sincerely like to thank the North Simcoe Community Care Access Centre and supporting agencies for enabling Barb to spend her last time at home with family. We would like to especially thank her nurses Robin and Whitney of Bayshore who helped Barb and the Kevin through these difficult last weeks.

In lieu of flowers, memorial donations may be made in Barb's memory to Orillia Soldier's Memorial Hospital and would be greatly appreciated by the family.