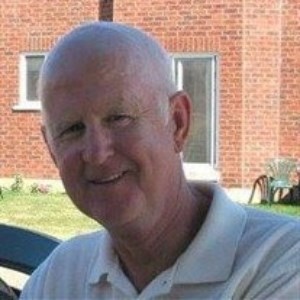 Passed peacefully at the Royal Victoria Hospital, Barrie on Thursday, April 4, 2019 at the age of 76. Loving Husband of the late Diana (2017) for 53 years. Lovingly remembered by his two sons Michael and Steven (Rebecca) and his 7 grandchildren; Brandon, Mariah, Taylor, Colten, Makenna, Paige and Adelyn and dear brother-in-law David Lindley (Janis).
He was born January 23rd, 1943 in Lancaster England and met the love of his life Diana in 1962 and were married March 30, 1964 at St. Peter’s Cathedral Church in Lancaster.

Bill served in the Royal Air Force in various parts of England as well as a lengthy posting in Hong Kong. In 1974 Bill and Diana along with their two sons immigrated to Canada and soon after began their new life in Alliston, Ontario. He worked for Xerox and later Azon Canada but he will be forever remembered for his service in the Canadian Armed Forces where he worked his way through the ranks to earn the prestigious rank of Lieutenant Colonel.

Anyone who had the pleasure of knowing Bill were touched by his gentle, kind-hearted nature He was caring and selfless and will be forever missed.

As per Bill’s wishes a cremation will occur and he will be placed beside Diana at the Barrie Union Cemetery. A private celebration of life will be held by his immediate family.