The move would affect about half a million Ontarians, many of them immigrants The post Health Coalition to Ontario: Don’t reimpose crippling health care fees on 500,000 uninsured appeared first on New Canadian Media .
Hamid Moghimi Aug 5, 2022 2:37 PM Aug 5, 2022 2:50 PM 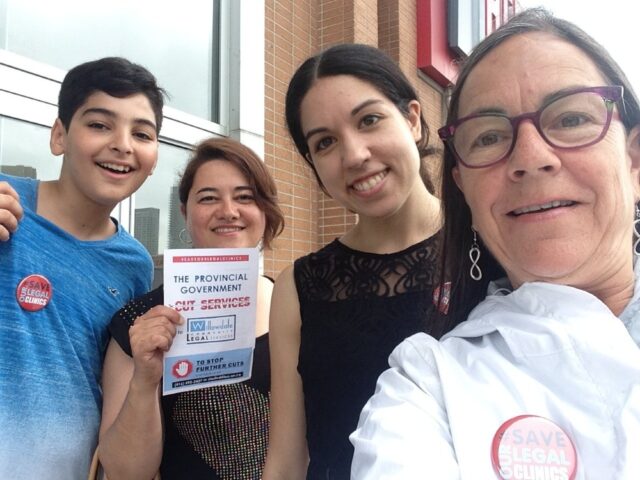 Ontario’s Health for All Coalition is urging the provincial government to keep a COVID-19 directive in place that helps ensure universal access to healthcare services, independent of insurance status.The open letter, signed by more than 200 organizations and 1,000 people, warns that Ontario Premier Doug Ford’s government may be imminently planning on rescinding changes made in March 2020 that removed a three-month waiting period for OHIP eligibility and providing funding for medically necessary services for refugee claimants whose claims have been denied, temporary foreign workers between contracts, students who are often underinsured by their schools, and people who are undocumented.

The letter reads in part:

“As frontline Ontario healthcare providers, members of the health community, and community organizations, we are calling on our provincial government to do what is best for the people of Ontario: maintain the existing directives through a permanent program to ensure universal access to healthcare services for people living in Ontario.”

Healthcare coverage is essential and for a new immigrant or a refugee with an unstable status or lack of financial support, the cost of a simple procedure can be a nightmare.

According to Wellesley Institute: “Buying private insurance during the three-month wait is often too costly and can be denied based on preexisting conditions like pregnancy or diabetes. Families are having difficulty affording preventative and prenatal care. Without early and regular prenatal care, we can expect an increased risk of negative health outcomes for newcomer mothers and babies.”

Concerned about the rapidly swelling and reddening ear of his child, a parent and his 11-year-old daughter from Toronto’s North York neighbourhood rushed to an emergency department at night. The parent, whose name is being withheld, was at first relieved when his daughter was diagnosed with a simple infection, but then shocked when he was presented with a $900 bill for a visit to the emergency room.

“Research on emergency room visits by uninsured children and adults living in Ontario has shown that those without insurance were less likely to be admitted, more likely to leave without treatment, and more likely to have died on arrival or in the emergency department,” Dr. Ritika Goel said.

“When compared to insured individuals, the presenting health conditions of uninsured patients were 43 per cent more likely to be classified as severe, indicating that uninsured individuals likely delay accessing care due to the deterrent effect of prohibitive hospital fees.”

“The 43 per cent figure points to a vicious circle. A more severe condition means more expensive healthcare is needed, making it less attainable for a low-income family. It results in more complex health problems and sometimes irreversible organ damage. “Prior to March 2020, an estimated half a million children and adults living in Ontario did not have public health insurance at any given time.” Goel said.

There are a number of community health centres across the province, but they have limited resources and defined catchment areas that prevent them from offering and covering healthcare for all in need.

The COVID era has demonstrated a clear example of how communities are closely connected. Leaving uninsured people that are mostly from low-income families on their own could result in severe health consequences. Situations such as leaving a pregnant woman or infants and little children alone are also wholly unethical.

Diana Da Silva, a community worker in Greater Toronto presented NCM with two recent examples: “I recently supported an uninsured woman in accessing in-hospital and surgical care for her Stage 1 thyroid cancer.” Da Silva said. “She was able to receive her first surgery to remove her tumor earlier this year and will be undergoing her second surgery in August to ensure cancer does not spread to other parts of the body. She is recovering well and her health is stable.”

However, in the second example, an immigrant patient who had undiagnosed diabetes is now permanently disabled because he did not have timely access to health care.

“I am in touch with a 70+-year-old man who had been living in Ontario without health insurance for over 30 years. He lost both of his feet because he did not have access to healthcare due to his immigration status.” Da Silva said.

According to the Canadian Centre for Refugee & Immigrant Health Care, their volunteers provide more than $1 million in direct medical and dental care to new Canadians – care that the system turns away. It’s estimated they saved Toronto public health more than $24 million by offering their services. These numbers represent part of the healthcare costs and the need for healthcare that could be denied by the government.

Do you really need 3 to 5 years of experience when applying for a job?