ATLANTA — A former security manager at the arena where the Atlanta Hawks play says white entertainers performing there were allowed to bypass security measures while similar requests by black entertainers were denied.
Jul 6, 2017 3:40 PM By: Canadian Press 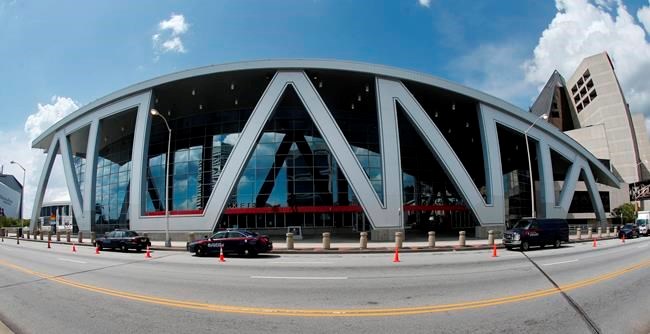 ATLANTA — A former security manager at the arena where the Atlanta Hawks play says white entertainers performing there were allowed to bypass security measures while similar requests by black entertainers were denied.

Alleging racial discrimination, Samuel R. Hayes III filed a federal lawsuit on Monday against Atlanta Hawks LLC, which operates the arena. The lawsuit says Hayes was fired because he's black and because he complained about security measures that he says were selectively enforced based on race.

The Hawks hired Hayes in August to work as manager of security operations at Philips Arena and for the team, the lawsuit says. He was fired April 28.

It became obvious to Hayes that race, not safety, was the deciding factor for which celebrities were allowed to bypass security measures, the lawsuit says.

Hawks Chief Diversity and Inclusion Officer Nzinga Shaw said in an emailed statement that Hayes was fired for poor performance and that his claims are baseless.

"We will defend vigorously," the statement says.

Hayes complained in October and again in April about what he saw as racially motivated discrepancies in security enforcement, the lawsuit says. When he asked why concessions were made for white performers but not black ones and why security was often heightened for black shows he was told "hip hop acts draw a different crowd, and the white acts bring in more money," the lawsuit says.

As a security manager, Hayes needed to be assertive and to decline certain requests, but he was instructed to adopt a subservient because he's a large black man and could be perceived as "aggressive," the lawsuit says.

The lawsuit asks for a jury trial and seeks unspecified damages.