PHILADELPHIA — The Halifax Thunderbirds will open their inaugural National Lacrosse League season with a game against a fellow NLL newcomer. The Thunderbirds' 2019-20 season opener will be Dec.
0
Sep 12, 2019 1:20 PM By: Canadian Press 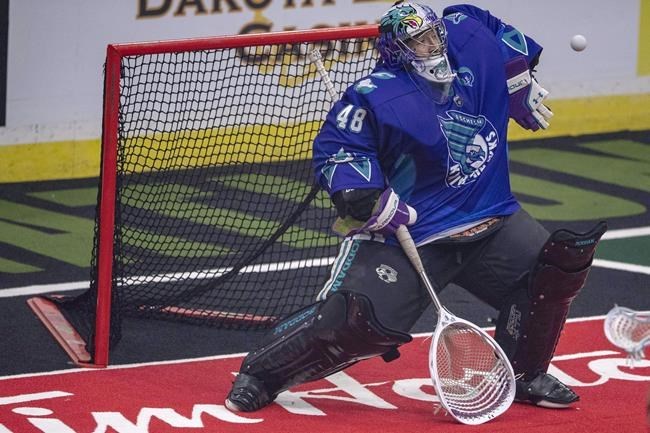 PHILADELPHIA — The Halifax Thunderbirds will open their inaugural National Lacrosse League season with a game against a fellow NLL newcomer.

The Thunderbirds' 2019-20 season opener will be Dec. 7 against the visiting New York Riptide at Scotiabank Centre.

The box lacrosse league unveiled the schedule for its 34th season on Thursday.

Halifax is a relocated team from Rochester, N.Y., while New York is an expansion franchise. When the Rochester team was sold and moved, the league also granted an expansion team to Rochester, which will go with its longtime Knighthawks name.

The season opens on Nov. 29 when the Vancouver Warriors host the reigning champion Calgary Roughnecks and the Saskatchewan Rush travel to Colorado to face the Mammoth.

The Toronto Rock, the other Canadian team in the 13-team league, open Dec. 7 against the visiting New England Black Wolves.

The Rush's home opener in Saskatoon is Dec. 14 against New England, while Calgary's first home game is Dec. 21 versus Colorado.

The regular season concludes on April 25.

The NLL entry draft is Tuesday.

Oilers' Zack Kassian says a win is best revenge against Flames' Matthew Tkachuk
Jan 28, 2020 5:08 PM
Comments
We welcome your feedback and encourage you to share your thoughts on this story. We ask that you be respectful of others and their points of view, refrain from personal attacks and stay on topic. To learn about our commenting policies and how we moderate, please read our Community Guidelines.