Residents of Ontario and Quebec were to wake up to more COVID-19 restrictions Thursday as officials plan new approaches to vaccine distribution and promise crackdowns on rule-breakers in several jurisdictions.
Apr 7, 2021 10:35 PM By: Canadian Press 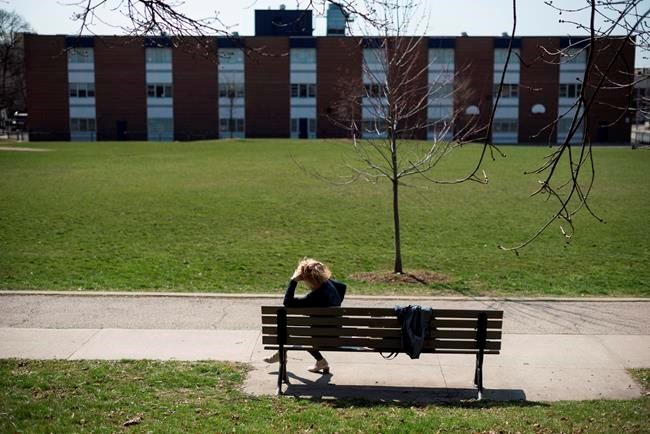 Residents of Ontario and Quebec were to wake up to more COVID-19 restrictions Thursday as officials plan new approaches to vaccine distribution and promise crackdowns on rule-breakers in several jurisdictions.

Alberta Premier Jason Kenney, meanwhile, faced a backlash over restrictions introduced in that province this week.

Among the most sweeping changes are a four-week stay-at-home order and vaccines targeting hot spots announced by Ontario Premier Doug Ford on Wednesday.

"Our hospitals are being hit hard. Intensive care units have more patients now than they ever did in previous waves," Health Minister Christine Elliott said.

With many hospitals at capacity, some patients are being transferred for care to other hospitals, sometimes hundreds of kilometres away, she added.

The announcement came as cases involving variants of concern continued to rise in many provinces, representing a growing proportion of new cases.

Regions will be selected based on patterns of transmission, severe illness and mortality from COVID-19.

The province reported 3,215 new cases of COVID-19 on Wednesday and 17 more deaths linked to the virus.

In Alberta, officials fenced off a church that has been charged with refusing to follow COVID-19 health rules as the province recorded 1,351 new infections.

Alberta Health Services says in a statement GraceLife Church will remain closed until it shows it will comply with public-health measures.

“It's not enough to bring the numbers down,” Dr. James Talbot, a University of Alberta professor and co-chair of the Edmonton Zone Medical Staff Association's COVID-19 committee, said Wednesday during a Zoom news conference with several other doctors.

“They'll rise more slowly, but they are not going to come down.”

Quebecers in areas hit hard by the virus also prepared for previously announced restrictions on gyms, faith gatherings and inter-regional travel to take effect Thursday, while officials expanded access to COVID-19 vaccines for essential workers like teachers and first responders in Montreal.

Residents with chronic illnesses and who are under the age of 60 can also start getting vaccinated in hospital on Monday, while essential workers can start booking appointments Friday.

An outbreak connected to a Mega Fitness Gym in Quebec City has been linked to 419 cases after staff and clients unknowingly carried the virus into grocery stores, homes and workplaces, the regional health authority said Wednesday.

The health authority said that while the gym outbreak is “significant,” it is not solely responsible for the spike in cases in Quebec City.

“We are faced with a situation where dozens of community-type outbreaks, linked to a slackening of the compliance with health instructions, each feed the rapid growth of new positive cases,” the health authority wrote in an email.

Meanwhile, a Montreal hospital confirmed the death of a 16-year-old patient from COVID-19, the youngest fatality from the virus recorded in the province. A spokeswoman for the Ste-Justine children's hospital said privacy rules prevent officials from releasing other details about the teenager's death.

The news came as health officials reported 1,270 new COVID-19 infections in Quebec, eight additional deaths and a jump in hospitalizations related to the disease.

British Columbia reported 997 new cases and two deaths Wednesday and said more than 305,000 people have pre-registered for vaccines through a new online portal.

In a readout of their weekly call, the Prime Minister's Office said they talked about working together to reinforce the safety and efficacy of vaccines, including the Oxford-AstraZeneca.

The statement said they also agreed to collaborate on potential adjustments to border measures and that any changes will be based on scientific evidence once it is safe.

It said first ministers agreed that now is not the time to adjust any border measures or to travel.

The National Advisory Committee on Immunization said Wednesday it's standing by its emergency recommendation to extend the delivery of second doses of COVID-19 vaccines up to four months after further research, but it added that most Canadians will probably only wait half that long.

This report by The Canadian Press was first published April 7, 2021.

Note to readers: This is a corrected story. A previous version said some restrictions in Alberta were to take effect Thursday, but they were in place on Wednesday with others coming in on Friday.