OTTAWA — One of the co-founders of WE Charity says he "misspoke" when he told youth leaders that Prime Minister Justin Trudeau's staff reached out in April to see if the organization would administer what became a $900-million federal student-aid pro
Jun 30, 2020 6:51 PM By: Canadian Press 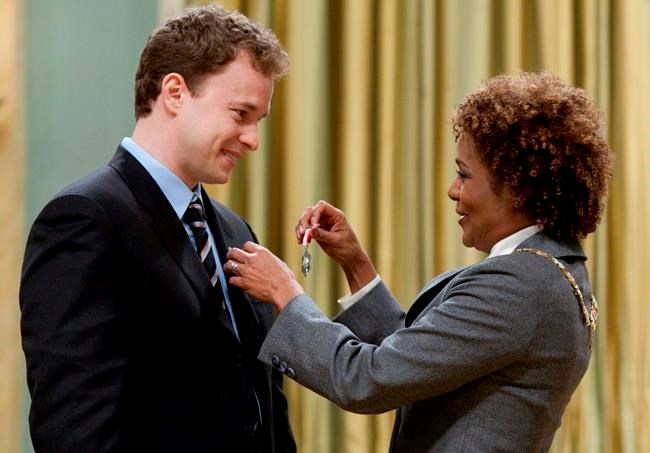 OTTAWA — One of the co-founders of WE Charity says he "misspoke" when he told youth leaders that Prime Minister Justin Trudeau's staff reached out in April to see if the organization would administer what became a $900-million federal student-aid program.

The Canadian Press has obtained video of Marc Kielburger telling youth leaders during a conference call earlier this month that Trudeau's office contacted the charity one day after the prime minister announced plans for the Canada Student Service Grant on April 22.

Trudeau has been on the defensive since the government revealed last week that WE had been chosen to administer the grant program, which will provide students with up to $5,000 toward their education costs for volunteering for causes related to the COVID-19 pandemic.

The attacks against the prime minister have included allegations of cronyism and questions about a conflict of interest as Trudeau and his wife, Sophie Gregoire Trudeau, both have longstanding connections with the Toronto-based organization.

Trudeau has said WE will be paid only to cover its costs and that the non-partisan public service concluded that the WE organization was the only group in Canada with the capacity to run the volunteering program and reach the many thousands of young people who might sign up for it.

In the video, Kielburger describes Trudeau's April announcement that the government planned to provide more money for summer jobs and volunteer positions as "substantive" given the challenges many young people are expected to face paying for their schooling during COVID-19.

"Then the next day the Prime Minister's Office kindly called us and said: 'You know that announcement we just made, would you be interested in helping us actually implement?'" Kielburger says in the recording.

"After much consideration, we put up our hand and said: 'Of course, we're happy to be of assistance.'"

The 43-year-old, who founded the WE Movement and associated youth charities with his brother Craig more than two decades ago and has since guided its growth into an international organization, backtracked on those assertions on Tuesday.

"I misspoke," Kielburger said in a statement. "Speaking loosely and enthusiastically, I incorrectly referred to the Prime Minister's Office. In fact, the outreach came from unelected officials at Employment and Social Development Canada."

Kielburger went on to say that "contact came to WE Charity" from a senior assistant deputy minister the week of April 26 — the week after Trudeau's announcement.

WE did not immediately respond to follow-up questions about whether there was contact between it and Trudeau or his staff during the week of April 20, when the actual announcement was made.

The official Opposition Conservatives nonetheless referred to Trudeau's connections to WE in a letter to auditor general Karen Hogan on Sunday, asking her to investigate the decision to have the charity administer the student grant program.

The Tories say contracting an outside organization to administer the program circumvents Parliament's ability to hold the Liberal government to account over the program as well as ensure value for money.

In his statement, Kielburger said that "all discussions came at the instigation of departmental officials and they led discussions with respect to contract and program parameters."

In a separate statement Tuesday, a senior public servant defended the decision to award the work to WE while asserting "there was no pressure either from the Prime Minister's Office or from (Youth) Minister (Bardish) Chagger's office to formalize an agreement with WE Charity."

"To ensure we could maximize the award money available to students during this difficult time, we needed to move quickly to set up the program," said Gina Wilson, Canadian Heritage's senior associate deputy minister of diversity, inclusion and youth, in a statement relayed through the Department of Employment and Social Development.

"Officials determined that utilizing WE Charity with its extensive reach and capacity would be the most effective approach to quickly deliver this program."

More than 26,000 applications for the grant have been received so far from interested students, Wilson added.

This report by The Canadian Press was first published June 30, 2020.