The monitoring device, worn as a bracelet, transmits a signal that is heard by receivers used by Barrie Police
0
May 3, 2018 5:58 PM By: BarrieToday Staff 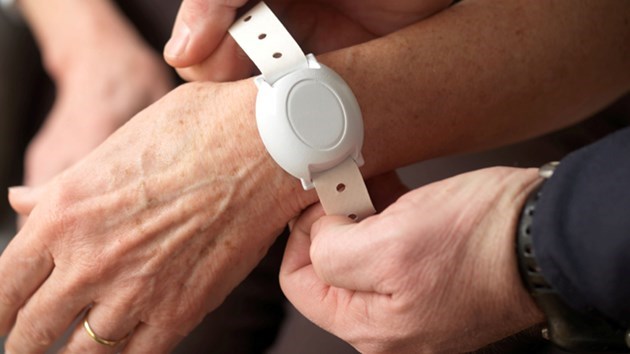 NEWS RELEASE
PROJECT LIFESAVER SIMCOE
*************************
A tracking tool is now available to assist police in keeping Barrie’s most vulnerable citizens safe. Project Lifesaver Simcoe, a tracking device that uses an FM frequency to locate residents who tend to wander, is officially launching its program on Monday, May 7 at 10 a.m. in the rotunda at Barrie City Hall. You are invited and encouraged to attend the launch celebration.

The monitoring device, worn as a bracelet, transmits a signal that is heard by receivers used by Barrie Police. The receivers can be used by police in vehicles, attached to a drone or carried on foot.

The equipment is used in a number of communities throughout Ontario where it has been successful in reducing search times from hours to minutes, in some cases.

Project Lifesaver Simcoe was inspired by city senior Mandy Thompson who went missing from her Barrie home on a frigid February morning in 2017. Mandy suffered from dementia and had a history of wandering. Despite the extensive efforts of police, the story came to a tragic conclusion in March of this year when her body was discovered at an Oro-Medonte golf course.

A community group, with representation from local businesses Hughston Insurance Solutions and Senior Helpers, Barrie Police, Barrie Advance/Simcoe.com and Georgian Bay Volunteer Search and Rescue, formed to bring the equipment to the city. The event will be approximately 30 minutes and will include a presentation by Project Lifesaver Simcoe co-founder Kris Hughston, comments from Mayor Jeff Lehman and Barrie Police Chief Kimberley Greenwood, and a short demonstration of the search equipment by police.

Regus boasts new downtown location
Feb 14, 2020 6:15 PM
Comments
We welcome your feedback and encourage you to share your thoughts. We ask that you be respectful of others and their points of view, refrain from personal attacks and stay on topic. To learn about our commenting policies and how we moderate, please read our Community Guidelines.