'I love feel-good stories as much as writing a controversial column that will make people fume,' says Dawson
Apr 26, 2021 7:00 AM By: BarrieToday+ 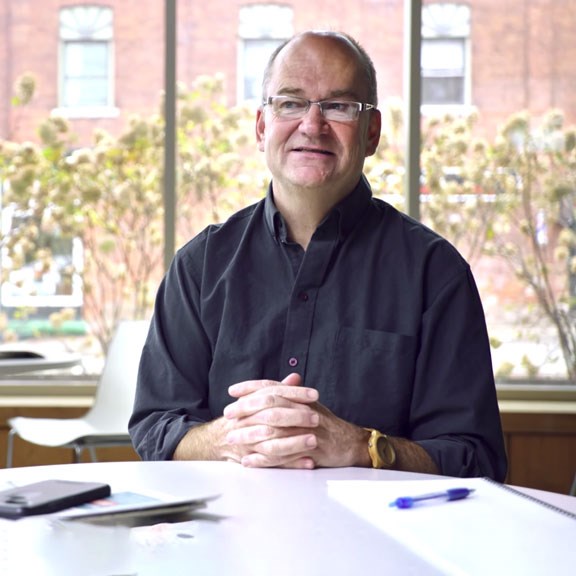 Dave Dawson is the community editor at OrilliaMatters as well as the regional editor for Village Media's Simcoe County sites, including BarrieToday.

In recent weeks, we've been introducing you to the members of our editorial team. Today, we feature regional editor Dave Dawson.

Enjoy this Q and A with Dave:

1. Where did you attend post-secondary school, and what did you study?

I went to the University of Windsor, where I majored in communications studies. I was editor of our campus newspaper, The Lance.

2. What drew you to journalism?

I have always liked to write. Growing up in Orillia, I was a fan of our junior hockey team and began to follow their journey, reading stories about the team in The Packet & Times. Upon reading Steve Milton’s sports stories daily, I decided that’s what I wanted to do.

3. What have been some of the highlights of your journalism career so far?

The best part of being a journalist is having the opportunity to tell the story of a community. Every story matters to someone. I take that seriously. I’ve been fortunate to win several Canadian Press and Western Ontario Newspaper Association honours, which are meaningful.

But, as far as highlights, it doesn’t get much better than covering the Blue Jays World Series titles in 1992 and, especially, 1993, at home in Toronto. Closer to home, it was a joy to be in the jam-packed Orillia Community Centre to witness Orillia’s Junior 'B' lacrosse team win a Canadian championship.

4. What brought you to the area?

I was born and raised in Orillia. Upon graduation from university, I worked for a weekly paper in Amherstburg for 18 months. When I learned of an opening at The Packet, I jumped at the chance to come home — for a few years. In 1991, I started working at The Packet and we decided to stay and to raise our family here. I can’t imagine living anywhere else.

5. What are your favourite stories to write?

I can’t say I have a favourite. I love feel-good stories as much as writing a controversial column that will make people fume. I like covering local sports and city council, breaking news and features.

6. What do you find is the most challenging part of writing a story?

Often the most challenging part of writing a story is finding the right sources who are willing to talk on the record. We often get people suggesting a story, but refusing to speak on the record. Just as often, a person is fearful of being candid when speaking to a reporter, so that often also poses a challenge.

7. What is one of your journalism career goals and/or dream story?

Working in today’s fast-paced world, days can zoom past quickly and before you know it, those days become months. My goal is to find a way to cut through the noise and put the time and effort into stories that will impact and, potentially, change our communities.