'Breaking news always gets the juices flowing most for me, but aside from that, stories that lead to change for the better are always rewarding'
Apr 5, 2021 7:00 AM By: BarrieToday+ 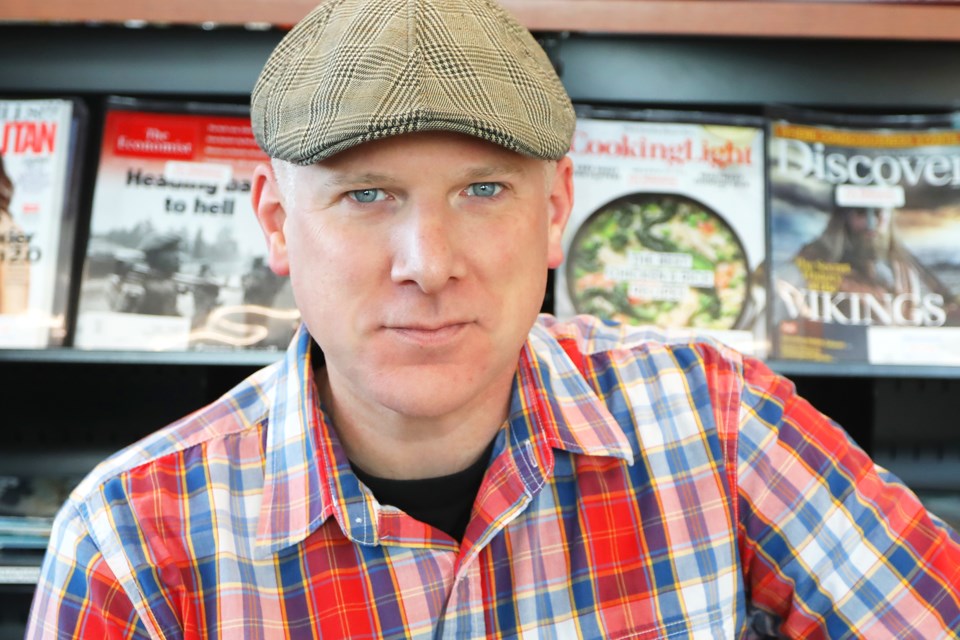 Raymond Bowe is the editor at BarrieToday. Kevin Lamb for BarrieToday

In the coming weeks, we'd like to introduce the members of our editorial team. Today, we feature Raymond Bowe.

Raymond is the community editor at BarrieToday, having joined the growing news outlet in February 2018.

1. Where did you attend post-secondary school, and what did you study?

After a few years away from the classroom after high school in Owen Sound, I signed up for a fast-tracked journalism program at Conestoga College in Kitchener. Without any breaks, I was able to finish the three-year program in just over two years. It was a pretty tough slog, in hindsight, but I also think it helped prepare me for the hustle and bustle of a real newsroom.

2. What drew you to journalism?

Subconsciously, I guess story telling always appealed to me. I did a couple of punk rock 'zines in my younger days (interviewing bands, albums reviews, that sort of thing) and my original goal was to become a filmmaker. I was accepted to the director's lab at Vancouver Film School in the late-1990s, but had to jettison that dream because... let's just say it wasn't cheap. I had worked at my hometown daily newspaper as 'office boy' (basically that meant doing whatever needed to be done) throughout high school and for a few years afterwards, too. It was always appealing, never knowing what was going to happen next, so I turned my focus to journalism.

3. What have been some of the highlights of your journalism career so far?

I was always drawn to breaking news, and still am. I would say those are the types of stories I excel at most — everything is right there in front of you and your job is the take in as much as possible and "paint the picture," as they say. Some of the stories that stick out, though, are the Five Points fire in 2007, the Alexandra Flanagan case, and when Brandon Crisp went missing.

4. What brought you to the area?

My (then-future) wife was studying at Georgian College when I switched jobs from the Collingwood Enterprise-Bulletin to the Midland Free Press in 2004. My time in Midland was limited, at just over a year, but I soon caught a job at the Barrie Examiner and didn't have to drive to Midland anymore, which is a particularly treacherous drive in winter.

5. What are your favourite stories to write?

As mentioned above, breaking news always gets the juices flowing most for me, but aside from that, stories that lead to change for the better are always rewarding. (I think I helped get winter tires on Simcoe County ambulances many years ago following a few stories, as unusual as that may sound here in the snow belt.) Chatting up the older generation, such as Second World War veterans, have also been intriguing assignments. But when it all comes down to it, anyone who has an interesting story to tell.

6. What do you find is the most challenging part of writing a story?

Writing a compelling news story isn't hard if you have all the pieces. But in this day and age, the bigger challenge is just hunkering down and focusing on putting "pen to paper." The amount of outside noise around us — social media, email, texts, chat messages and the odd phone call — can be deafening.

7. What is one of your journalism career goals and/or dream story?

I don't really think that way. As a younger reporter, I always thought it was cool talking to famous people, because I admired musicians (probably because I can't play a note myself). That dulled pretty quickly. I just want to tell the best stories I can every day and that's good enough for me.

There's a newsroom-based movie called The Paper that I urge any aspiring and current news person to watch. As the editor of the big-city daily newspaper, Robert Duvall's character comments: "It's coal into a furnace. I've been doing this for years. Every day you still start from zero." And that's the life reporters and editors have chosen.

COLUMN: It's WrestleMania week, so embrace the corniness and enjoy the spectacle
Apr 8, 2021 7:00 AM
Comments