COLUMN: From O.J. to Columbine, recalling big stories of years past

When your teen daughter asks you about some of the historical events you lived through, you take the time to have that discussion
Apr 28, 2021 7:00 AM By: Shawn Gibson 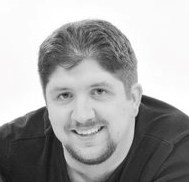 Shawn Gibson is a reporter with BarrieToday.

I was hanging out with one of my daughters the other day and she asked me what historical moments I have lived through.

I reminded her it was 2021 and we had masks on the shelf by the front door.

Obviously, she meant besides the current worldwide pandemic and I easily rattled off some highlights as they came to my mind.

First and foremost was 9/11, bar none the most historically significant moment of my life and my generation's “where were you when?” moment.

The O.J. Simpson trial, Rodney King, Waco, Columbine, Hurricane Katrina, The Oka Crisis, Ipperwash, the Gulf War... I could’ve kept going as I have always been a news fanatic.

“What event hit you hardest? Like, did you ever cry?” she asked.

That one was easy: Sandy Hook.

She must have seen the look on my face and knew to move on.

I told her I had a photo of her standing beside the TV when former president Barack Obama was being sworn into office. That was huge.

My daughter then asked about historical moments in Toronto, since that’s where I grew up. Rexdale, specifically.

I was having a hard time, I think because we always tend to see what happens in our backyard as less significant than “world” events. But I remember Yorkville’s Just Desserts shooting in 1994 caused a massive media frenzy. It not only changed the way Toronto was viewed — once nicknamed Toronto the Good — but it also unfairly put Jamaican men in a bad light and caused the racialization of deportation laws.

There were also moments I smiled about. The Jays winning back-to-back World Series titles and that Leafs run in 1993 that was interrupted when Kerry Fraser deliberately allowed Wayne Gretzky’s high stick to go unpunished!

I never mentioned it to my daughter and while it did not happen in Toronto, the murders of Kristen French and Leslie Mahaffy will never leave my mind. The waiting. The hoping. And then the grief.

She then asked me about Barrie’s historical moments and I was at a bit of loss. We moved here in 2008 and since then, I can likely count the Little Avenue apartment fire as a major historical moment for me.

As a journalist, I report on many things that may one day be considered historical or on tidbits that will lead to the greater narrative of understanding.

For example, there's a Netflix documentary called LA 92 about the riots that followed the 1992 acquittal of the four officers who beat Rodney King and were caught on video doing it. The riot — or as many called it, the L.A. Uprising — took place from April 29 to May 4 and saw 63 people killed, more than 2,000 injured and some 12,000 arrested.

As a teen living in Rexdale, I kept hearing on the news about the many stores owned by Korean people that were being targeted. I remember not understanding that. Adults I knew questioned the tactic and were mad that people in L.A. would “misdirect” their anger.

This documentary pointed out something people not living in that area would not have known, which was the killing of a Black teenage girl by a Korean shop owner a couple years before.

The shop owner accused the teen of stealing, though she had money in her hand to pay for the item (orange juice).

There was a scuffle between the two, caught on video surveillance, which also showed the teen begin leaving the store and no threats. The video shows the shop owner shooting 15-year-old Latasha Harlins in the back of the head, killing her instantly.

The shop owner did not serve a day in jail and a state appeals court later unanimously upheld the sentencing decision. That was on April 21, 1992, about a week before the L.A. riots.

I never would have known that very significant piece of information about a very historical moment had someone not documented it.

It's fun to reminisce, but also good to see what they consider historical in their life.

Shawn Gibson is a staff reporter at BarrieToday.