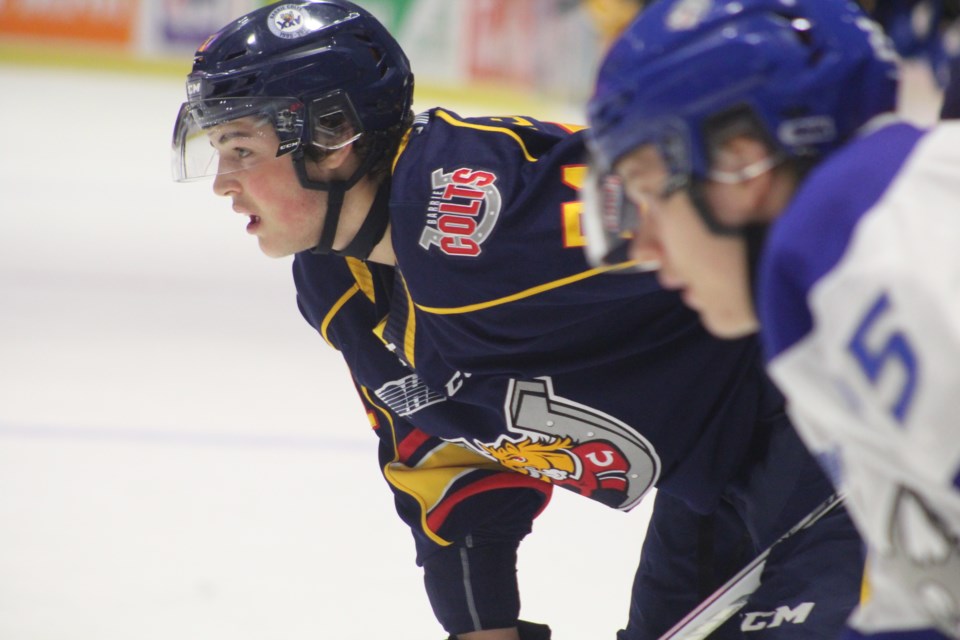 A trio of Barrie Colts have been included in the NHL midterm draft rankings, including a pair of players who were only picked up last week by the Ontario Hockey League team at the trade deadline.

Colts forward Tyson Foerster, a 17-year-old Alliston native, is ranked No. 41 among North American skaters. The six-foot-one, 193-pound right-winger leads the team with 21 goals and 27 assists in 38 games this season, his second with the Barrie franchise.

Right-winger Ethan Cardwell, who was acquired by Barrie last week from Saginaw in the Ryan Suzuki trade, is listed at No. 104. The 17-year-old Courtice, Ont., native has 12 goals and 11 assists in 39 games split between the two teams this year.

Barrie forward Anthony Tabak, who came over from the Sarnia Sting for draft picks, is ranked No. 199. The 17-year-old Oakville native, who stands six-foot-five and weighs 205 pounds, has eight goals and 20 assists in 42 games this season.

Also included on the list is Barrie native Isaak Phillips, an 18-year-old defenceman with the Sudbury Wolves, at No. 76. He has six goals and 10 assists in 41 games this season with a strong Sudbury team.

Innisfil native James Hardie, a speedy forward with the Mississauga Steelheads, where he has 19 goals and 13 assists in 40 games, is listed in the midterm rankings at No. 213.

Meanwhile, four of the top five players in the rankings come from the OHL, including Sudbury's Quinton Byfield at No. 2, Erie's Jamie Drysale at No. 3, Saginaw's Cole Perfetti at No. 4, and Ottawa's Marco Rossi at No. 5. The top-ranked North Ameican player is Rimouski Oceanic forward Alexis Lafreniere, who is expected to be drafted first overall.

Seventeen OHL players included in the rankings will compete in Thursday's 2020 Kubota CHL/NHL Top Prospects Game in Hamilton, Ont, including Foerster. The game that can be seen coast-to-coast on Sportsnet and NHL Network.

Kool gets warm reception to play ball at West Virginia Tech on full scholarship
Jul 1, 2020 7:30 PM
Comments
We welcome your feedback and encourage you to share your thoughts. We ask that you be respectful of others and their points of view, refrain from personal attacks and stay on topic. To learn about our commenting policies and how we moderate, please read our Community Guidelines.