Outfielder Ryan Spataro saddled with loss on the mound for Baycats

Gives up unearned run on two hits with two strikeouts in 1.2 innings, his first appearance on the mound this season, as Baycats fall to Hamilton in 12 innings
0
Jul 21, 2019 8:04 PM By: BarrieToday Staff 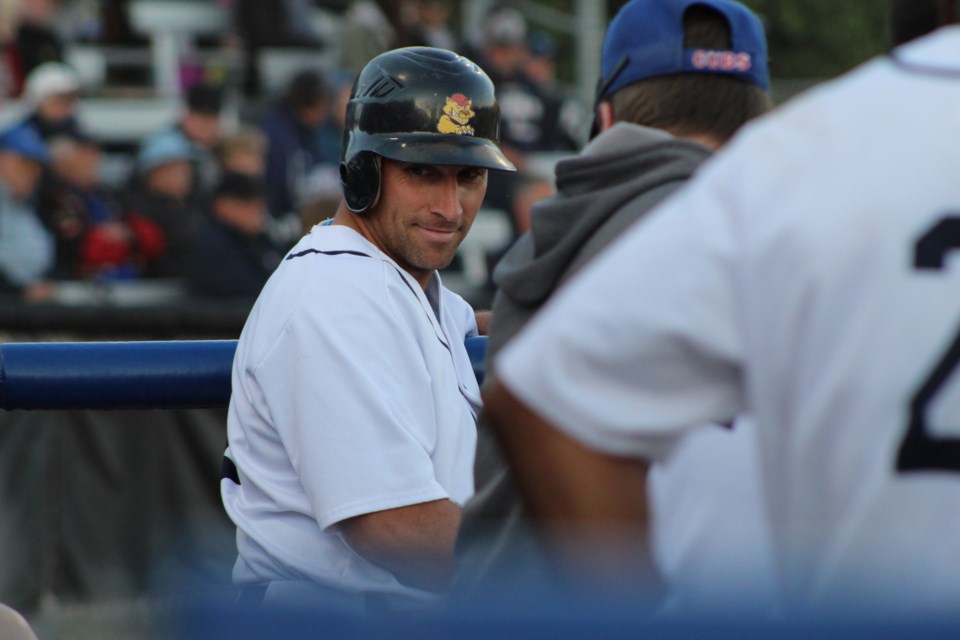 HAMILTON – Connor Bowie's two-out single scored Justin Gideon in the bottom of the 12th to give the Hamilton Cardinals a 6-5 win over the Barrie Baycats Sunday afternoon at Bernie Arbour Memorial Stadium.

Gideon reached on an error to open the bottom of the inning and stole second with one out. Bowie brought him home on a 1-1 pitch. Gideon and Bowie each had two hits and drove in a run, and they combined to score four times.

Chris Lazar (5-3) earned the win with a scoreless inning of relief. Starter Wes Markle went three innings and gave up four runs (three earned) on four hits with five walks and a strikeout.

Ryan Rijo drove in two of Barrie's runs. Jordan Castaldo and Brandon Hillier each had an RBI and scored, and Starlin Rodriguez singled twice and scored.

Ryan Spataro (0-1) took the loss, giving up an unearned run on two hits with two strikeouts in 1.2 innings – his first appearance on the mound this season.

Mattingly Romanin had three hits, three runs and an RBI, Caleb Feuerstake singled, doubled and scored three times while driving in a run, Andrew Mercier went 3-for-6 with two runs and an RBI, Wilson Soriano scored twice, and Vaughn Bryan had two hits and two runs.

Rich Corrente (3-1) went seven innings on the mound  for the win. He allowed three runs on seven hits with two walks.

For Kitchener, Liam Wilson and Brian Burton each had two hits and scored twice, while Wilson added an RBI. Zarley Cina hit a solo home run, while Mike Gordner, Zach Johnson and Keegan Marsden all drove in a run.

TORONTO – The Toronto Maple Leafs snapped a three-game losing streak with a 6-4 win over the London Majors Sunday afternoon at Christie Pits.

Trailing by one heading into the bottom of the ninth, Marcus Knecht drilled a three-run home run to score Grant Tamane and Justin Marra, who walked to open the inning.

Ryan Johnston drove in two for the Leafs (11-20), and Cooper Lamb had the other RBI. Damon Topolie went 2-for-4 with a run.

Andrew Simonetti (2-1) went two-thirds of an inning for the win. He gave up Mike Ambrose's solo home run in the top of the ninth that briefly gave London the lead.

Chris Leroux went the first three innings and struck out four without allowing a hit.

For London (14-17), Ismael Pena hit a two-run blast, while Jonathan Thibodeau added a solo shot prior to Ambrose going deep.

Foerster's two goals not enough to catch the Steelheads
Jan 19, 2020 8:50 AM
Comments
We welcome your feedback and encourage you to share your thoughts on this story. We ask that you be respectful of others and their points of view, refrain from personal attacks and stay on topic. To learn about our commenting policies and how we moderate, please read our Community Guidelines.