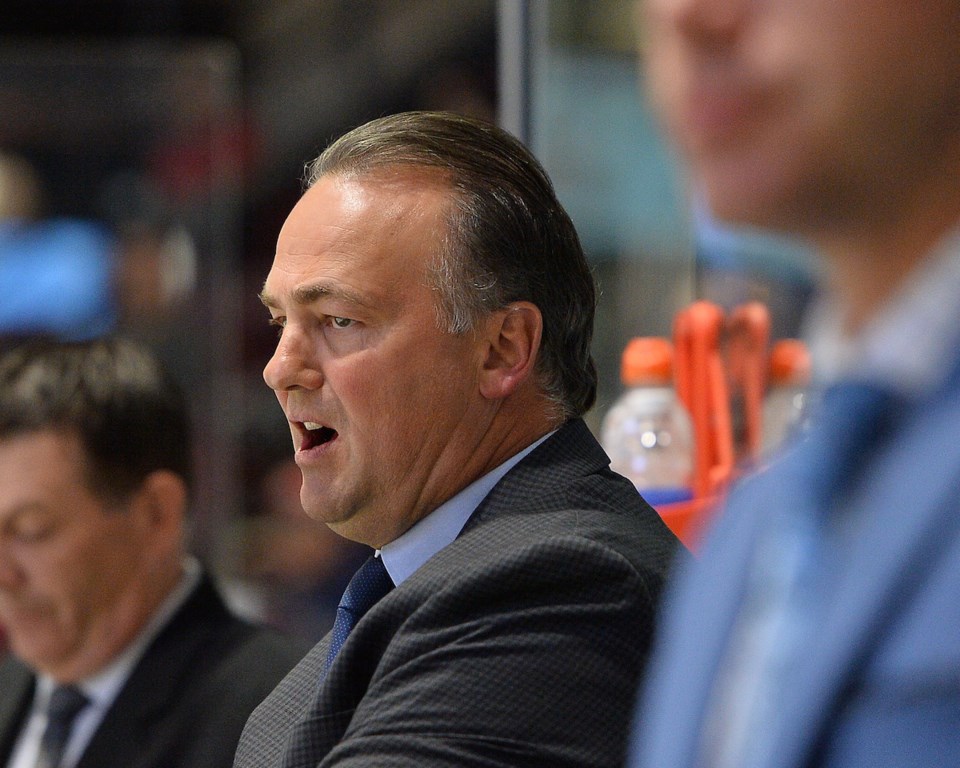 Rick Westhead of TSN reported that Hawerchuk has been undergoing chemotherapy and says Hawerchuk is optimistic.

“For some reason the Lord put me in this kind of fight and I’m ready to fight it,” Hawerchuk said in an interview with TSN. “I want to live to tell the story.”

“The chemo has hit me pretty hard,” Hawerchuk added. “I do it one week and it breaks the body down and then the next week I take a break and build my body up so I can do it again. I have to do that for two months. I really struggle to eat and have a feeding tube, but the last few days I’ve been able to eat a little bit, too. You’ve got to keep your nutrition up.”

Hawerchuk, who's 56 years old, told TSN he suffered from acid reflux symptoms in the summer and doctors found a tumour in his stomach in late-August.

The Colts announced in August that Hawerchuk was leaving the team due to health reasons and Warren Rychel was announced as the Colts interim coach.

Hawerchuk, a member of the Hockey Hall of Fame from his playing days in the NHL, has been the coach of the Colts since the 2010-11 season.

Innisfil minor hockey players could be back on the ice in a few weeks
Aug 4, 2020 5:30 PM
Comments
We welcome your feedback and encourage you to share your thoughts. We ask that you be respectful of others and their points of view, refrain from personal attacks and stay on topic. To learn about our commenting policies and how we moderate, please read our Community Guidelines.