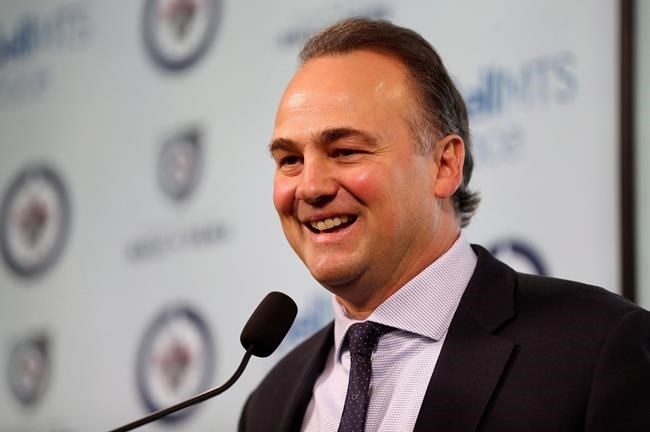 Former NHL star Dale Hawerchuk is taking a leave of absence as head coach of the Ontario Hockey League's Barrie Colts for the upcoming season.

The Colts announced Tuesday that Hawerchuk is making the move for health reasons. The team did not specify the nature of Hawerchuk's issues.

"We are a tight and close family here and it's difficult to have to make announcements like this," team president Howie Campbell said in a statement. "Dale is facing some health issues and will be taking the time he needs to deal with that situation. Our best wishes and thoughts are with Dale and his family during this difficult time."

"All of us want to see Dale back as soon as possible and we look forward to that day," Campbell added.

Hawerchuk, a Toronto native, is the longest-serving coach in Colts history and was going into his 10th season behind the team's bench.

The 56-year-old Hawerchuk had led the Colts to the OHL playoffs in six of his nine seasons, including a final appearance in 2012-13 where the Colts lost to London in seven games.

Hawerchuk, a member of the Hockey Hall of Fame, had 518 goals and 891 assists over 1,118 career NHL games with Winnipeg, Buffalo, St. Louis and Philadelphia.

OHL plans to hit the ice again in December
Aug 5, 2020 11:13 AM
Comments
We welcome your feedback and encourage you to share your thoughts. We ask that you be respectful of others and their points of view, refrain from personal attacks and stay on topic. To learn about our commenting policies and how we moderate, please read our Community Guidelines.