Barrie will face either Kitchener or Hamilton in championship series
0
Aug 23, 2019 9:47 AM By: BarrieToday Staff 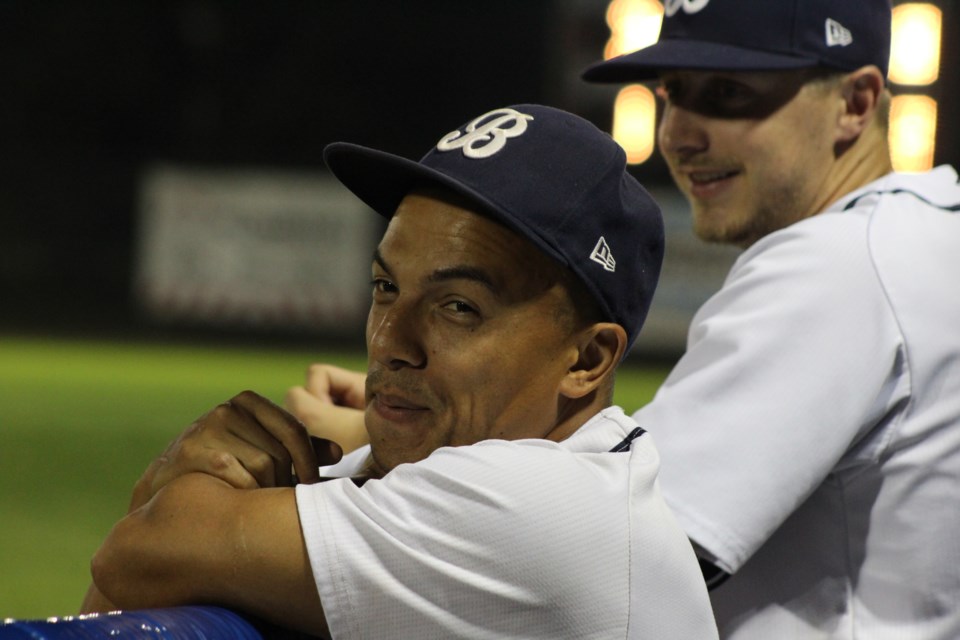 The Barrie Baycats' Glenn Jackson keeps a close eye on the action during Game 3 of the IBL semifinal series against the Welland Jackfish in this file photo. Raymond Bowe/BarrieToday

NEWS RELEASE
INTERCOUNTY BASEBALL LEAGUE
*************************
Make it eight straight wins for the Barrie Baycats, who moved closer to another IBL title with a 19-7 road victory over the Welland Jackfish in Game 3 Thursday night.

Barrie swept the best-of-seven semifinal and will face Kitchener or Hamilton in the final as it tries to win a sixth straight championship. Kitchener leads their series 2-0, with Game 3 tonight in Hamilton.

Adrian Salcedo (2-0) picked up the win, allowing five runs (four earned) on 10 hits in six innings. He walked three and struck out four.

Colts blasted by Steelheads in Mississauga
Feb 23, 2020 5:12 PM
Comments
We welcome your feedback and encourage you to share your thoughts on this story. We ask that you be respectful of others and their points of view, refrain from personal attacks and stay on topic. To learn about our commenting policies and how we moderate, please read our Community Guidelines.