Atkinson comes up big in Baycats victory over Leafs 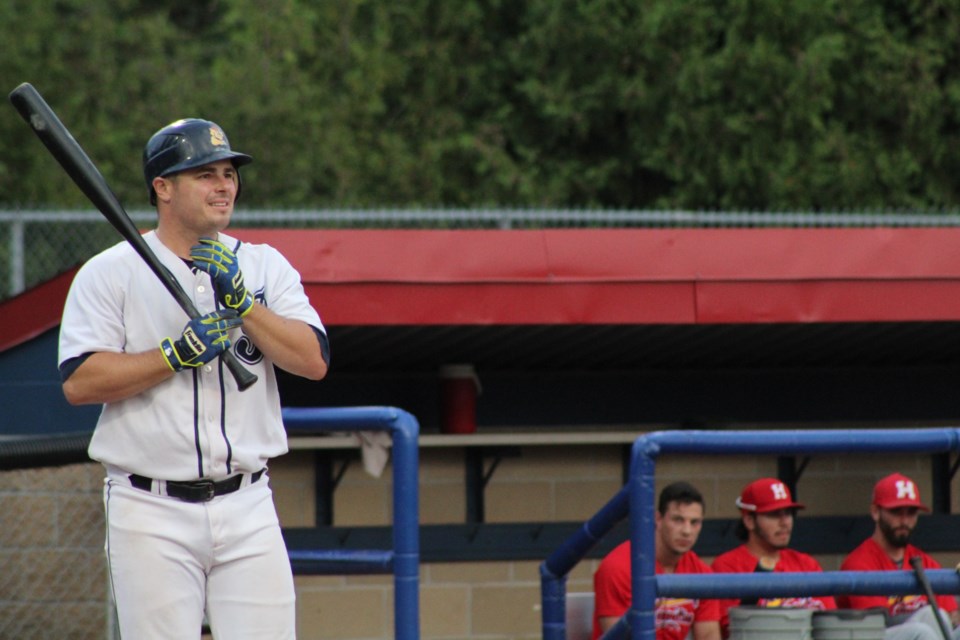 NEWS RELEASE
INTERCOUNTY BASEBALL LEAGUE
*************************
Kevin Atkinson had five hits, including two home runs, and drove in seven to lead the Barrie Baycats to a 15-5 win over the Toronto Maple Leafs at Christie Pits.

The victory was Barrie's sixth straight.

Atkinson added two doubles and a single and scored five times. Jordan Castaldo homered and drove in two and scored twice, Ryan Rijo had four RBI, Kyle DeGrace went 3-for-6 with an RBI and a run, Ryan Spataro singled and scored twice, Starlin Rodriguez scored three runs, Steve Lewis doubled in a run, and Glenn Jackson had two hits, a run and a stolen base.

Santos Arias (2-0) went 6.1 innings for the win, giving up five runs on 10 hits with a walk and five strikeouts. Matthew St. Kitts recorded the last eight outs for his first save. He scattered three hits and didn't record a walk or strikeout.

For Toronto, Justin Marra homered and drove in four. Grant Tamane and Damon Topolie each had two hits and a run, Cooper Lamb singled, doubled and had an RBI and a run, while Greg Carrington went 3-for-4 with a run.

Diego Dominguez (0-1) took the loss, surrendering four runs on five hits over three innings. He walked two and truck out one.