'How many waterfront venues are there where you’re in the middle of a great marina,' says official from entertainment design company
Sep 29, 2020 9:30 AM By: Shane MacDonald 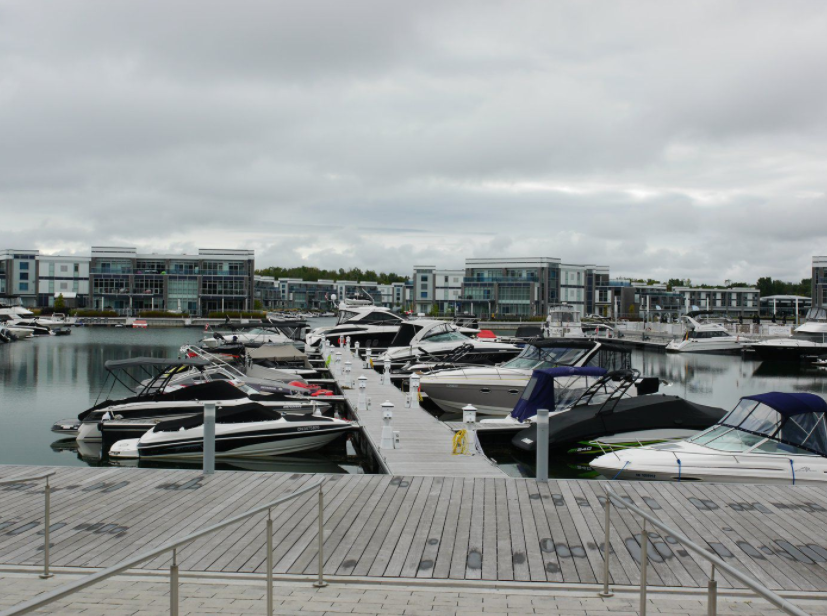 There is a lot on the horizon for Friday Harbour in Innisfil.

At the Sept. 23 town council meeting, representatives from the resort relayed some upcoming projects and initiatives to be delivered in 2021.

“You will see a host of new retailers coming to the village boardwalk to fill out the west end,” said Cheryl Shindruk, executive vice-president of Geranium Corp., a co-developer of Friday Harbour.

Those retailers include an espresso bar, a pub, a bakery, a sushi restaurant, a salon, a pharmacy with a walk-in clinic, a toy and candy shop, and a women’s clothing store.

"Those shops together will occupy approximately almost 17,000 square feet of space,” Shindruk said.

Construction of the Lake Club, a luxury amenity for Friday Harbour owners, is also underway, with a grand opening expected in the new year.

“We’ve also been working on a design of a new roundabout,” Shindruk added, noting it will be located at the intersection of Big Bay Point Road, 13th Line and 25 Sideroad. “We look forward to delivering this beautiful piece of transportation infrastructure in the next year.”

Steven Rhys, executive vice-president of FORREC Ltd., told town council how an ongoing amenities and entertainment study has helped establish some priorities for the resort.

Primarily, planning and integrating a hotel into the resort master plan, designing an iconic structure for the resort, and enhancing the experience in public spaces at the resort.

“We are in the process of looking at the current hotel site,” Rhys said.

Initially planned for a space behind the Lake Club, Rhys said FORREC is now recommending a more prominent site on the east side of the boardwalk where an amphitheatre was planned.

The hotel would have conferencing and banquet halls that would drive more guests to the resort.

The amphitheatre would then need a new location, too.

“Our recommendation to the resort is to move what was going to be the function of the amphitheatre to a signature location,” Rhys said, pointing to the pier.

“How many waterfront venues are there where you’re in the middle of a great marina,” he said.

The stage would be under a structure that would protect patrons from the elements.

Rhys said the structure’s design “creates an identity for the resort.”

WATCH: Trudeau announces COVID-19 funding for Indigenous communities
Oct 30, 2020 11:00 AM
Comments
We welcome your feedback and encourage you to share your thoughts. We ask that you be respectful of others and their points of view, refrain from personal attacks and stay on topic. To learn about our commenting policies and how we moderate, please read our Community Guidelines.