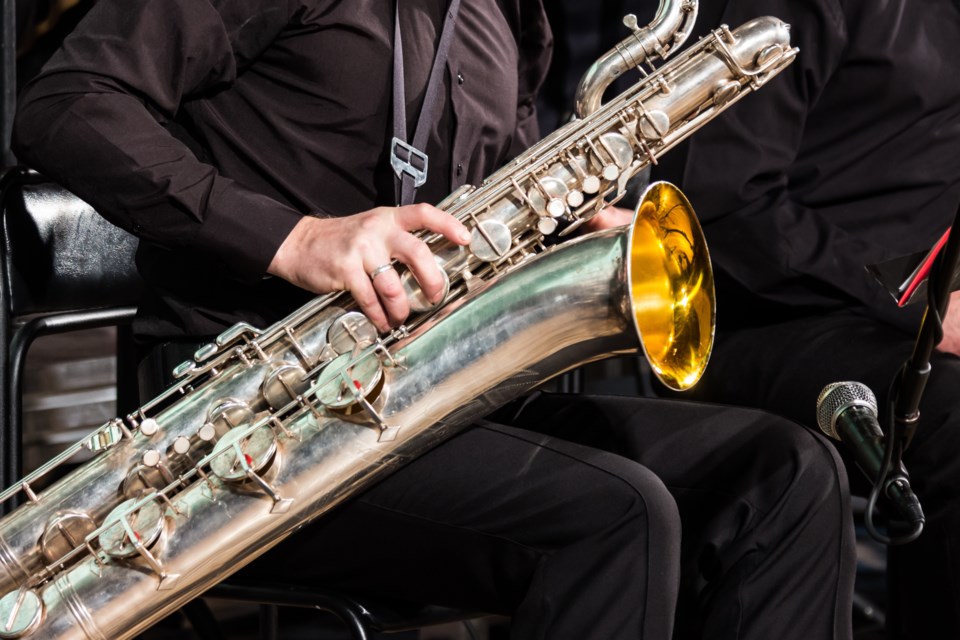 Various Barrie-and-area arts groups benefited recently from cash infusions from the city. Among the beneficiaries: Kempenfelt Community Players, MacLaren Art Centre, Simcoe Contemporary Dancers, Talk Is Free Theatre, and a whole slew of others… including the Barrie Concert Band.

And the local musicians, gearing up for their next performance early in June, are looking forward to using those funds for a bunch of future projects.

Band President Derryl Johnston tells Barrie Today the group received two grants from the city this year. “The first, for $4,000, is an operating grant. It helps to defray a little under 20 per cent of our annual operating expenses. The second, for $3,000, is a project grant to be put toward organizing some of the events which will be in celebration of our 150th anniversary, in 2019.”

also says another concert is being added to next year’s lineup – in March of next year at .

“We will be collaborating with the King Edward Choir in putting on An Evening at the Proms.”

In June 2019, “we will be hosting the annual Canadian Band Association’s Composite Band Weekend, during which members from several community bands throughout get together. We rehearse a variety of pieces under the batons of numerous conductors, then play a concert together for the public.”

What says gives this particular gig a special buzz is that it’s slated for outdoors in .

“Not only will we be entertaining the BCB’s regular concert goers ‘in the know,’ we hope to enhance the enjoyment of passersby as they shop, walk, run, and enjoy the annual boat show which will be on at the same time.”

This year’s Christmas concert will also be something special, “a wonderful seasonal event with guests from local choirs, dance troupes, and theatre/music groups.”

The planning for next year’s performances -- also including Canada Day and at Kempenfest -- is already underway, but concludes, “as a volunteer organization with mostly working members, we lack the capacity to do as much as we’d like and need. Our project grant will allow us to seek some professional guidance in this area. Just one of our hopes is, in addition to collaborating with aforementioned groups, we’d like to increase our connections with youth beyond what we’ve done to date.”

Native friendship centre, MacLaren connect through hands-on art workshop
Feb 27, 2020 4:00 PM
Comments
We welcome your feedback and encourage you to share your thoughts on this story. We ask that you be respectful of others and their points of view, refrain from personal attacks and stay on topic. To learn about our commenting policies and how we moderate, please read our Community Guidelines.