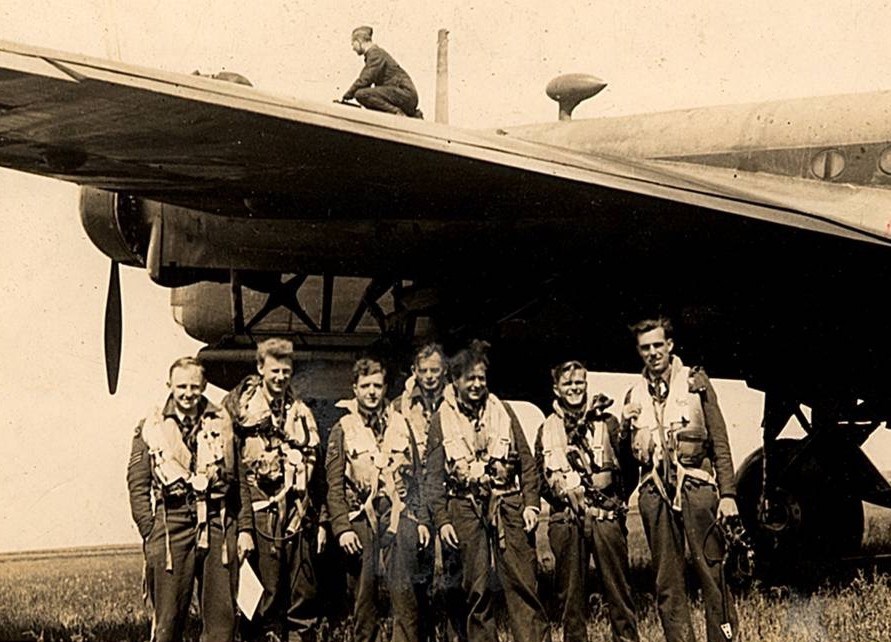 More than seven decades after his death, plans are taking shape to honour a local Second World War hero.

A date has now been set to unveil a memorial stone and plaque in Germany for young air gunner Flight Sgt. Hugh Coles MacMillan.

Flight Sgt. MacMillan of Nobel, Ontario was killed along with six crew members when their R.A.F. bomber of 90 Squadron crashed in a field on the night of Sept. 5/6, 1943.

"I am glad this place will not be forgotten anymore," said Erik Wieman, a Dutch researcher who spearheaded the memorial at the crash site.

"Many people walk by not knowing. Now the names of the killed and their fates are marked at this site, and it will be a place to reflect in the future."

Wieman put out a call for help last November in a bid to find MacMillan's family members to let them know about his plans for a tribute.

Wieman is co-founder of a crash site research team that has discovered over 20 wrecks in Germany, including the site of MacMillan's plane.

He managed to contact families of the six other crew members but not MacMillan's - the only Canadian on board that tragic night.

Now his appeal for help has paid off.

MacMillan's nieces in Toronto were informed of Wieman's plans and were thrilled that their uncle would be honoured.

"Thinking about all I am very happy we could reach all families and tell them what happened and where," said Wieman.

"Because many times the facts are not known anymore. So, next to finding the exact site, informing them about the site, background info and details is one of our main goals."

In coordination with the Mayor of Limburgerhof, the date for the unveiling of the memorial stone and plaque for the crew of Stirling EF129 has been set for Sat. Aug. 5.

Families of the seven crew members are invited, along with representatives of the Town of Limburgerhof, the German Air Force, the Royal Air Force, the Church of Speyer, a Last Post Bugler.

A piper will escort everyone to the site and back.

"We will do everything to make this day a special day," said Wieman.