Supportive housing project likely not going ahead on Vespra St.

'I’m still hopeful that we can work with our partners at the county to leverage the property to tackle the housing crisis,' says Aylwin
May 18, 2021 12:15 PM By: Bob Bruton 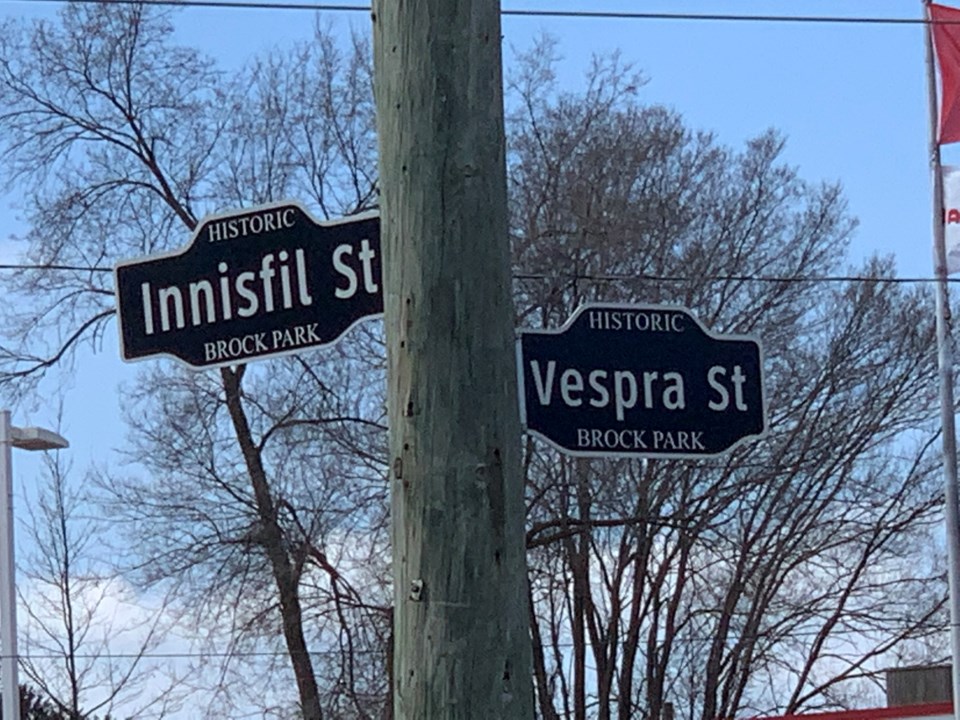 A vacant property near the corner of Innisfil and Vespra streets has been proposed for a supportive housing project in Barrie. Nikki Cole/BarrieToday

City councillors are shelving a $3-million plan for modular, supportive housing on Barrie’s old fire-hall site, agreeing with a report from staff.

“Given the constraints on the site, staff are recommending that if council wishes to support the construction of affordable or supportive housing, we look at other opportunities that can deliver faster and lower-cost results,” said Mayor Jeff Lehman. “I understand the recommendation and it makes sense.

“There are several projects in the planning phase in Barrie and some which could go fast with funding, so I think we should put our focus elsewhere," the mayor added. "This means the future of this (Vespra Street) site is again uncertain, but likely means no housing project for now.”

A motion to receive the staff report passed Monday night with no discussion by Barrie councillors.

But given the significant development constraints associated with this 1.49-acre site at 65 Vespra St., 70 and 72 Victoria St., the motion also says staff should consult with the County of Simcoe regarding its interest in this property during the longer term for affordable or supportive housing and report back to Barrie councillors.

Also, staff would work with the county to determine sites or projects, other than on Vespra and Victoria streets, that the city could consider supporting to allow for a quicker provision of supportive housing.

Rick Pews, the city's director of corporate facilities and the report’s author, says there are limitations to developing this site, as conditions won’t allow for a quick build of the supportive housing that council and the community are seeking. Staff are recommending that the County of Simcoe be consulted with respect to alternative projects or sites that may allow for the quicker delivery of safe, supportive housing in Barrie.

In January, city council added the $3-million supportive/modular housing project on Vespra and Victoria streets, at Innisfil Street, to its 2021 budget.

Coun. Keenan Aylwin, who represents this part of Barrie, said the central problem remains regardless of whether this project goes ahead or not.

“We are in desperate need of social housing in Barrie. The housing crisis is spiraling out of control, and I worry about what that means for our city if we don’t take more drastic action,” he told BarrieToday. “I understand that the Vespra Street project doesn’t allow for the kind of ‘quick-build’ supportive housing that city council was looking for.

“However, I’m still hopeful that we can work with our partners at the county to leverage the property to tackle the housing crisis,” Aylwin said. “I’m also hopeful that there may be other opportunities for the City of Barrie to help fund other supportive housing projects in the city.”

City council will consider final approval of this motion at its May 31 meeting.

The staff report lists several reasons why the project should not proceed.

Unsuitable soil would need to be removed within the building area and extending five metres beyond. About 4,500 metric tonnes needs to be removed, at an estimated cost of $500,000 for dewatering, removing the existing soil and replacing it with engineered fill.

There are also several other requirements that would need to be confirmed as the development proposal takes shape, as part of the normal development approval process.

They include the decommissioning of wells located on site, disposal of any excavated garbage, a site alteration permit, a fill management plan and a discharge agreement for construction dewatering and monitoring of groundwater and gas migration.

With the exception of updating the Phase 1 Environmental Assessment report, none of these items have been costed at this time, according to staff, and they would be in addition to the $500,000 estimate for soil remediation.

All of these requirements would typically be addressed by the developer. If the city remains the landowner, it is deemed to be the developer, even if there is another entity constructing and managing the build and housing on the land.

They could recommend that 65 Vespra and 70/72 Victoria streets be placed on the market to be sold as-is to the highest bidder, with any net revenues from the sale be used to fund the city’s affordable housing community improvement plan. Staff say it might be possible to get a higher price for the land if it is re-designated and rezoned to residential before being offered for sale.

The second option is to transfer this property to the County of Simcoe, at no cost, and with a maximum $3-million contribution toward the soil remediation and development of the lands for supportive housing. The county is the local service manager for social housing and in the best position to either build housing there itself or determine an appropriate service provider to do so, according to staff. Given the county’s interest in developing additional affordable and supportive housing, the risk of some other form of development occurring on the site is less likely than if the land is sold to the private sector.

The third option is proceeding with neighbourhood consultation and talks with the County of Simcoe and various outreach organizations simultaneously, to establish suitable criteria for a call for proposals for a service provider to construct and manage the building of a project on city-owned land at 65 Vespra and 70/72 Victoria.

Staff don’t recommend this alternative, as the development of this property can’t be done quickly. In order to construct supportive housing quickly, the city needs to ensure that its limited resources are focused on the delivery of a single project. In addition, should the city remain as owner of the lands, it assumes all of the responsibility and associated liability of a developer.