'He is truly an unsung hero whose song needs to be heard,' says Sir Robert Barrie Project committee member
May 12, 2021 10:00 AM By: Bob Bruton 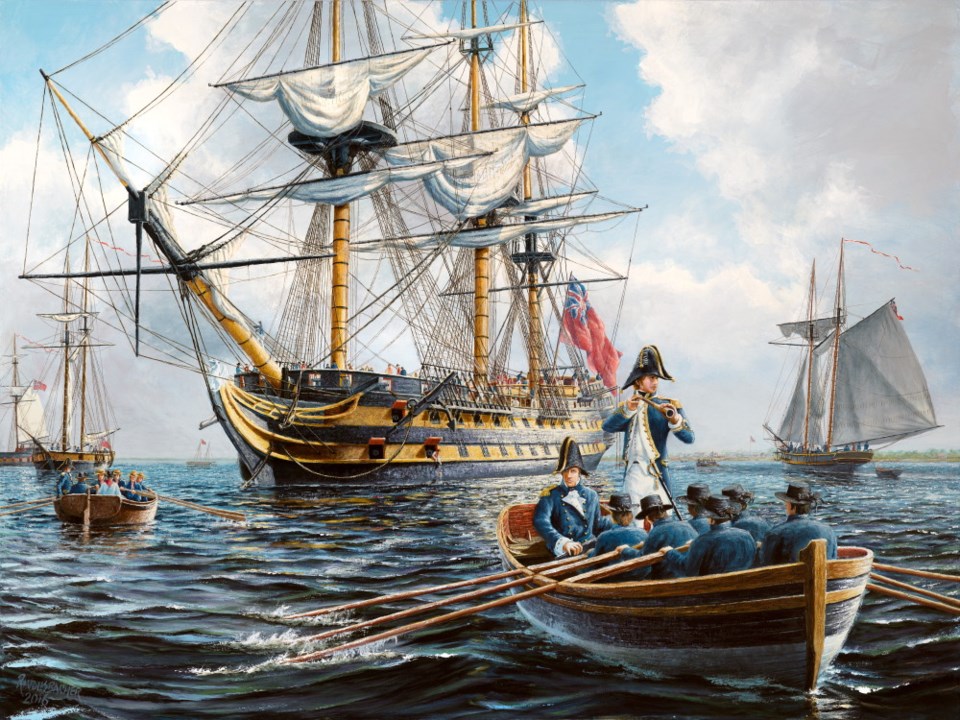 It’s time to rhyme and learn about this city’s namesake.

The Sir Robert Barrie Poetry Contest is open to all Grade 8 and 9 students in the city. First place in the contest carries a $100 prize, second place is $50 and third place is $25.

The contest is so Barrie residents can learn more about the man the city is named after.

Barrie was incorporated as a village in 1833 and was named after Rear Admiral Sir Robert Barrie, a hero of the War of 1812 and the commissioner of the Naval Dockyard in Kingston, Upper Canada from 1824 until 1834.

Bill Sergeant, of the Sir Robert Barrie Project committee, said its purpose is to publicize the man behind the city's moniker.

“As such, we wanted to challenge the students to be creative via a medium that they do not use everyday, and while learning the history of Barrie and finding out more about its hero namesake,” Sergeant said. “The poems can be about any aspect of Sir Robert's life, whether it is his exploits during the War of 1812, charting the west coast of North America with Captain (RN) George Vancouver, or preventing the spread of cholera during the 1830s in the Kingston, Ont., area.

“He is truly an unsung hero whose song needs to be heard," Sergeant added.

The poetry contest entry form is on the Sir Robert Barrie Facebook page.

Each student may submit just one poem no greater than 32 lines in length on a single page. Each poem must be original and unpublished. It can be submitted electronically in either English or French.

Poems should be e-mailed to SRBProject2015@gmail.com and must be received by the Sir Robert Barrie committee no later than midnight of May 31 to be considered for this contest.

The winners will be announced on Monday, June 7.

June 7 is a significant date because it is the 180th anniversary of the death of Sir Robert Barrie in 1841. It is also the eighth anniversary of the signing of the Twinning Certificate between Barrie and the Borough of Harrogate, Yorkshire, England. The ceremony took place at Ripley Castle, where Sir Robert is interred with his wife, Lady Julia Wharton-Ingilby, in All Saints Church in the shadow of Ripley Castle.

Each entry in the contest must include the author’s name, e-mail address, phone number, grade and their school’s name.

Members of the Sir Robert Barrie committee — Rob Warman, Janice Laking, Jean Maurice Pigeon, Randolf Rice and Sergeant — will judge the poems and choose the first-, second- and third-place winners. Other people may be consulted for their opinions, if required.

It is also being proposed to have June 7 declared as Sir Robert Barrie Day in honour of the city’s namesake.