Sir Robert Barrie poems mark the man and his day 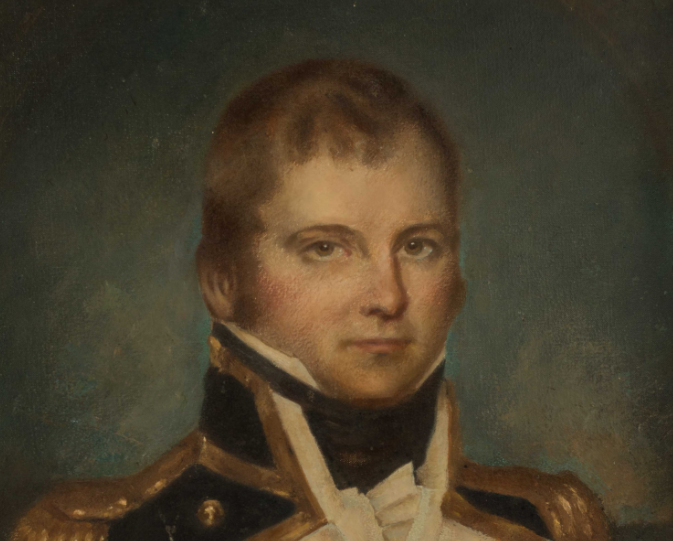 A poetry contest to mark the 180th anniversary of his death has produced three winners from Barrie schools.

“We were very impressed with the quality of the poems that we received from the Grade 8 and 9 students in Barrie,” said Bill Sergeant of the Sir Robert Barrie project committee. “The judges discussed the merits of each poem and took great care in making their decisions as to which ones would be awarded the prizes.

“We certainly have some talented students in Barrie, and their submissions certainly reflected that as they captured the essence and accomplishments of our city's namesake.”

Today — Monday, June 7 — marks the 180th anniversary of the death of Sir Robert Barrie in 1841. It is also the eighth anniversary of the signing of the Twinning Certificate between Barrie and the Borough of Harrogate, Yorkshire, England. That ceremony took place at Ripley Castle, where Sir Robert is interred with his wife, Lady Julia Wharton-Ingilby, in All Saints Church in the shadow of Ripley Castle.

June 7 has also been declared Sir Robert Barrie Day, which caught the attention of Borough of Harrogate Mayor Trevor Chapman.

“I was delighted to hear that Barrie city council are planning to have the seventh of June declared as the Sir Robert Barre Day,” he wrote to Sergeant. “I understand that this is in honour of the eighth anniversary of the signing of the Twinning Certificate at Ripley Castle and the 180th anniversary of the death of Sir Robert.

“I was actually at the church service in Ripley and remember it well. I hope all goes well and I send you my best wishes.”

The Sir Robert Barrie Poetry Contest was held so city residents could learn more about the man this city is named after.

Barrie was incorporated as a village in 1833 and was named after Rear-Admiral Sir Robert Barrie, a hero of the War of 1812 and the commissioner of the Naval Dockyard in Kingston, Upper Canada from 1824 until 1834.

Barrie commanded HMS Dragon in Chesapeake Bay and sank, captured or destroyed 85 American vessels during the War of 1812.

As Naval Dockyard commissioner, Barrie was instrumental in developing the facilities at Kingston, as well as supporting the building of the Rideau and Welland canals.

He came to the Barrie area to inspect the Nine Mile Portage, a key trading route from Kempenfelt Bay to the Nottawasaga River and Georgian Bay. Wharton-Ingilby said she thought the area at the end of Kempenfelt Bay one of most beautiful places on Earth and suggested they settle there.

Barrie lived in retirement in Swarthdale, Lancashire and died on June 7, 1841.

The City of Harrogate flag will be hoisted without ceremony by Barrie City Hall staff on the morning of Monday, June 7. This is to avoid the gathering of a crowd and contravening the provincial lock-down order of gatherings being kept to five or fewer people.

How Barrie Got Its Name

Have you ever wondered how Barrie got its name?

Well, it’s from a man who deserves much gratitude and fame.

Sir Robert Barrie is the inspiration for this town’s name,

On June 7, we will commemorate all that he has done,

For he has helped this nation and city become one.

Without his accomplishments, so great

The War of 1812 wouldn’t have ended, and everyone would have a terrible fate.

When the War of 1812 had long disappeared.

Without the constant fighting and fearing for their lives,

Our wonderful city was established in 1833

When it was incorporated as a village and named Barrie.

Even though you may hear the name and think of a fruit;

It was really named after someone who helped when times were acute.

A hero would be a good name to use

Since he was the opposite of an unhelpful recluse.

That is why he’s an important part of our history.

Everyday, we meet many heroes

Who have helped our city get to one-hundred from zero

We should never forget him and the other heroes of our past!

Loads were lost to his Dragon crew.

Their triumph made the foes so meek

A hazard to me and to you.

Barrie beat the ships with boldness;

Would do the same with COVID too;

Fighting off the deadly virus,

And helping to clear up this mighty mess.

The cholera came to Kingston;

He was there to fight it head on

With quarantine and jolly cheer;

Him to be the name for our town;

As the admiral of the rear

His enforcement was well laid down,

So no single mutineer could be found.

While on board ship with Vancouver;

On his voyage of discov’ry,

He would have research in full gear

To help get the new vaccines here,

And help us clear the pandemic,

And get us back up in high gear;

It is time Barrie got credit,

For his work in a large epidemic!

Commander in the Royal Navy

A man of honour and bravery

Deserves to be known today