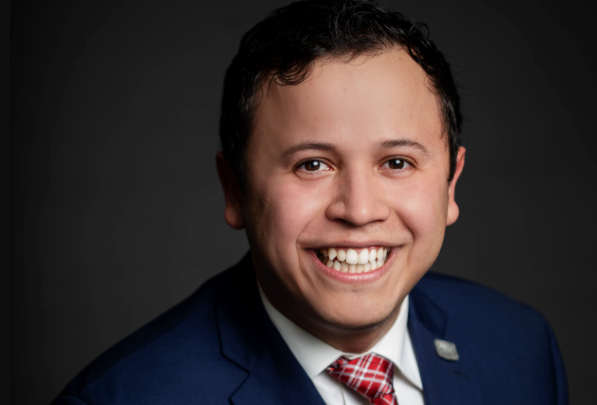 City councillor Sergio Morales has received a reply from Barrie police regarding some questions he had surrounding a proposed safe injection site in the city. Image supplied

Councillors now have some more information at their fingertips on the potential pros and cons around the city possibly getting a supervised injection site.

Back in July, Coun. Sergio Morales wrote a letter to the Barrie Police Services Board concerning the application for a supervised consumption site (SCS) in the city, which could be located at 88 Mulcaster St., and what that could mean for police resources if approved.

His questions included the financial and operational implications surrounding an SCS, which provides people with a place to use their drugs while under the watchful eye of a health-care worker.

The number of opiate-related deaths continues to rise in Simcoe-Muskoka and are above the provincial average.

Morales asked for information related to police resources that have been allocated to opioid-related issues concerning overdoses, calls for service at the downtown library, business and residences, as well as extra calls for service in neighbourhoods where SCS's have been established in other cities.

The Ward 9 councillor asked whether there would be an increase in crime and disorder around an SCS, should one be approved in Barrie by the province, which seeks municipal input.

In a 13-page response from police services board chair Angela Lockridge, she provides a pair of reports on the issue.

In a board report from October, after local members requested more information on an SCS as it pertains to cities similar to Barrie, police polled officials from Sudbury, Windsor, Guelph and Kingston to their points of view on the topic.

The City of Greater Sudbury does not have an authorized SCS, but an unsanctioned "pop-up" site started offering services in June 2019. It was initially located downtown, but was moved due to public opposition and is now located in the parking garage at an apartment building with the owner's consent. The site is open one day a week and there have not been increased calls for police service.

Windsor's situation is similar to Sudbury's. The health unit in the border city is seeking public feedback around possibly opening an SCS. There have also been so-called unsanctioned pop-up sites in Windsor, which have been monitored by local police, who noted the site has "very few people" who actually use it.

The City of Guelph opened an SCS in May 2018. Located in the downtown, it also provides services related to housing, support, and addiction counselling. Guelph police say they have not seen an increase in calls for service in the area, although the site did receive a "great deal" of local opposition initially, which appears to have lessened now that the site has been opened for more than a year. Police still receive complaints in the area regarding drug use and discarded needles, but these complaints were also found to be city-wide.

The City of Kingston has a provincially approved SCS which operates downtown, beginning as a pilot overdose prevention site attached to a community treatment centre. On site, there are also services related to housing, addiction treatment and mental health. Kingston police have reported no difference in crime around the SCS since it opened, although there are complaints about loitering, open drug use and discarded needles.

Morales said he was satisifed with the information the police provided.

"That's exactly what I had in mind for the police to do," the councillor told BarrieToday.

Morales said it's also evident that each municipality's circumstance has been different.

"It's hard to predict the impact an SCS would have on a community, but we need to capture as much information as possible when we're in the process of even considering one before we actually do it," he said.

Comparing similarly sized cities, by breaking down costs and results, "gives us the ability to have a better understanding of what we would be getting ourselves into," said Morales, who hopes the information will help council makes its eventual decision.

Morales said the information and perspective from the police is something they should have had from the Simcoe Muskoka Opioid Strategy (SMOS) more than a year ago as the local debate has gone on.

"We have it now, but this is 100 per cent necessary for the decision-making process," he said.

An earlier report from a police services board meeting in September outlines the potential impacts of an SCS becoming operational in the city.

Several studies were cited in Dewsnap's report on the issue.

One academic study cited says: "The available evidence does not support concerns regarding the potential negative consequences of establishing (supervised consumption sites), including that these promote drug use or attract crime."

Another report from the University of Western Ontario, completed for the Ontario Association of Chiefs of Police, shows the sites not only have "favourable outcomes" for drug users, "but also for potentially enhancing the well-being of the local community."

A study in British Columbia, meanwhile, had "mixed results" when looking at mobile sites in Kelowna, where it was supported by community partners, and Kamloops, where there was visible drug consumption, drug litter and drug-related crime which "worsened since the introduction of the service."

Results from opening an SCS have varied from city to city. Where Calgary has been struggling with increased crime and disorder around a site, Montreal has seen positive outcomes. In Toronto, a report from city police has indicated such sites have attracted drug dealers to the area.

Although the majority of academic research used in Barrie police report indicates SCS's save lives and have a "positive impact on the surrounding community when it comes to crime and disoder," Dewsnap also says further is needed on the issue.

"The conflict regarding the impact of SCS's on the community is likely due to the differing priorities and objectives of the public health system and the justice system," he added.

In regard to the the city possibly getting an SCS, Barrie police looked at other municipalities where such facilities are already operational, as well as academic research.

One report cited indicates "consistent evidence" demonstrates an SCS mitigates opioid-related harms and unsafe drug-use behaviour, while also helping to get a person into treatment or other required health services. However, reports also show that such facilities still face opposition and "remain a controversial harm-reduction method" in Canada.

The reports also include statistics in the local drug problem.

Since January 2017, calls involving overdoses and administration of naloxone have been tracked by the risk management unit. The number of overdoses, including deaths, was 99 in 2017 and jumped to 149 in 2018. Up until Sept. 1 of this year, there were 131, according to the report, including spikes in February and March. The deaths have been primarily from fentanyl and heroin.

Frontline officers have been equipped with naloxone, an overdose-reversing agent, since the spring of 2017, along with three hours of training.

City police have spent more than $100,000 on drug-processing stations, 100 units of naloxone, scales and training. While the department initially purchased the naloxone, funding is now provided by the provincial government.

"Although the initial purpose of providing naloxone was for officer safety, officers began utilizing naloxone at calls for service where community member were experiencing an overdose," the report indicates.

In cases of naloxone being used on scene this year, statistics show 42 per cent of the time it was from paramedics, followed by 38 per cent by citizens, and 10 per cent from Barrie police. City firefighters make up the other five per cent. However, these numbers only reflect overdose calls in which police attended.

"The number of times that Barrie police officers have been required to administer naloxone has been decreasing since 2017," the report says, which is attributed to the potentially life-saving drug being more widely available.

Morales said there was a lot of information included in the police response that should be beneficial.

"It's also the unpredictability of the actual numbers," he said. "Downtowns are laid out differently. Some are a strip, like Dunlop Street, and some are more grid-like. Some have have different enforcement and cost implications, social services are in different locations. There are also quirks about city cultures; bodies of water; different dynamics. And some cities are more central nodes to their region, like Barrie is, whereas other cities are not so much."

As the discussion continues, Morales said the new information can only help.

"We have data, but just knowing how much that is going to vary once we implement it in Barrie, we won't know until if we get an SCS," he said. "Even then, things will be different. I am appreciative of the Barrie Police Service in getting this information, but obviously, they've been very clear that this is information for consideration and not a model of exactly what is going to happen."