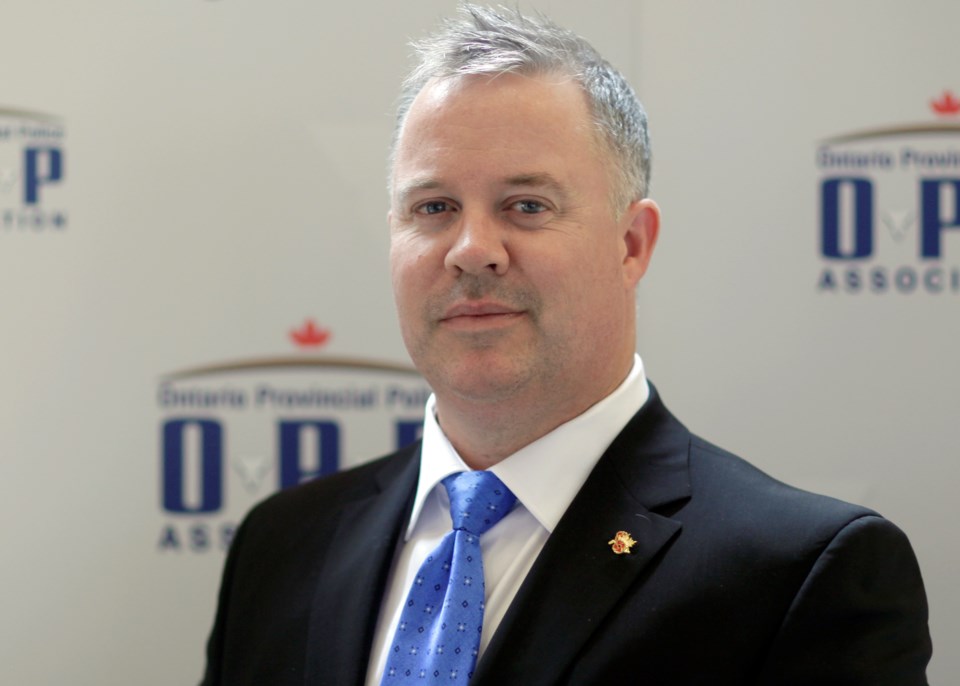 A Sergeant with the OPP's Barrie detachment has been elected as the new president of the Ontario Provincial Police Association.

Rob Jamieson joined the OPP in 1995, has served in various locations around the province and has been involved in the union since early in his career.

The election of Jamieson is viewed as a new chapter in the OPPA after explosive allegations of criminal activity rocked the union last winter.

No charges have been laid and the RCMP’s investigation is ongoing.

Walsh has since been fired, and Christie and Bain have been suspended.

The general election for the new president was through online voting.

The election closed at 9 a.m. this morning and the new president was announced an hour later.

In light of the cloud of misuse of funds allegations surrounding the previous union brass, Jamieson used his campaign website to assure members he was paying his own way during his bid for president.

"I have paid for my own flights, rental car, meals, gas, vehicle maintenance, and related expenses to speak with the members," he wrote. "I want you to know that I am spending my own money and using my vacation credits to campaign to the membership."

The new OPPA president is expected to make his first comments tomorrow.