‘If we look at that opioid crisis strictly ... as a crisis, all we’ll be doing is picking up bodies on the side of the road that have overdosed,’ says South Simcoe Police chief
0
Apr 19, 2019 3:30 PM By: Jenni Dunning 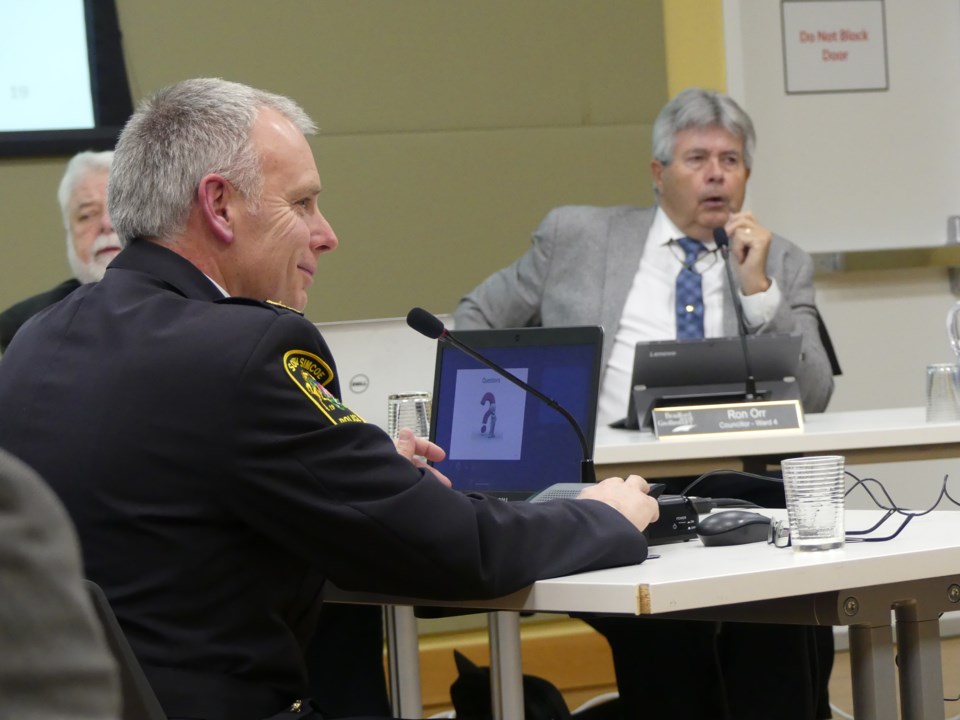 Treating opioid addiction only in crisis mode, instead of with prevention programs, will lead to “picking up bodies on the side of the road that have overdosed,” says South Simcoe Police Chief Andrew Fletcher.

“You’ve all heard about the opioid crisis here in this county and across the province. If we look at that opioid crisis strictly ... as a crisis, all we’ll be doing is picking up bodies on the side of the road that have overdosed or are in crisis,” he said.

This is “instead of working backwards and saying to ourselves, ‘We can intervene in risk, we can ... get the naloxone, give them the care, put safer injection sites in place.’”

Fletcher presented an outline for a community safety plan Tuesday for the two municipalities covered by the police service.

Anticipating these types of plans would become provincially mandated — which they did as of January 2019 — South Simcoe police has been working on developing one since 2016.

“We’re well ahead of the curve compared to a lot of other communities in the county,” he said.

The police service also recently hired a project co-ordinator to develop a community safety plan and work with different organizations, such as the county, hospitals and Ministry of Health and Long-Term Care, to gather relevant data, he said. For example, the number of overdoses in certain areas.

“That’s another prime example of how we can apply this model in so many areas in the community.”

Moving forward, the police service plans to establish an advisory committee, investigate existing resources that could be used, and identify priorities, Fletcher said.

Bradford West Gwillimbury council voted Tuesday to declare community safety and well-being a priority, direct town staff to work with South Simcoe police to develop a plan, and ask the county for help creating a plan.

“This is a true partnership between our municipalities, our county and all stakeholders involved … to make sure our communities are safe, vibrant and planning for the future,” Fletcher said.