The Ontario SPCA Midland & District Animal Centre managed to save four of the eight puppies after they were discovered in Midland
Oct 26, 2016 11:00 AM By: BarrieToday Staff 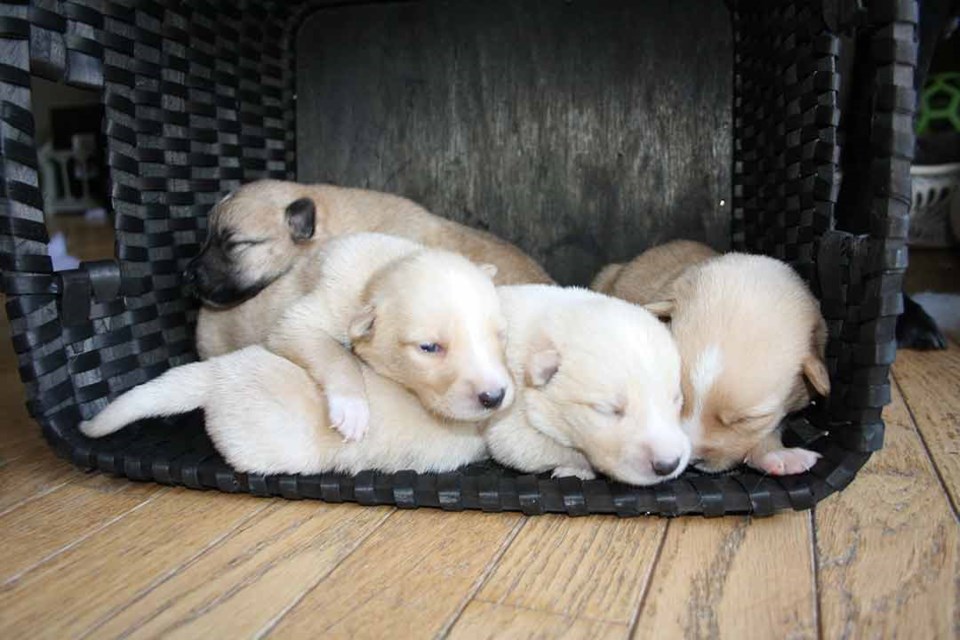 *************************
MIDLAND – The Ontario SPCA is appealing to the public to come forward with any information about eight puppies found inside a garbage bag in a ditch on Baseline Road South in Midland.

The puppies, which are believed to be a Lab-Shepherd mix, were found by a local resident who discovered them on Friday, Oct. 14 while outside doing yard work.

It is not known how long the puppies had been there, but they were estimated to be between three and five days old and still had umbilical cords attached when they were found. They were rushed to the Ontario SPCA Midland & District Animal Centre, but sadly four puppies did not survive.

The four surviving puppies are now in the care of the Ontario SPCA Renfrew County Animal Centre, which had a nursing dog in its care. The puppies are currently nursing and are being closely monitored by centre staff.

“If you have any information about these puppies that could assist with this investigation, please call 310-SPCA (7722) immediately,” says Alison Green, Senior Inspector, Ontario SPCA. “There is no excuse when it comes to failing to care for your animals.”