Not so fast on that fence around the Busby Centre

'We need to come up with a dignified and compassionate solution to some of the neighbourhood concerns,' says Coun. Keenan Aylwin
0
Sep 16, 2019 8:07 PM By: Raymond Bowe 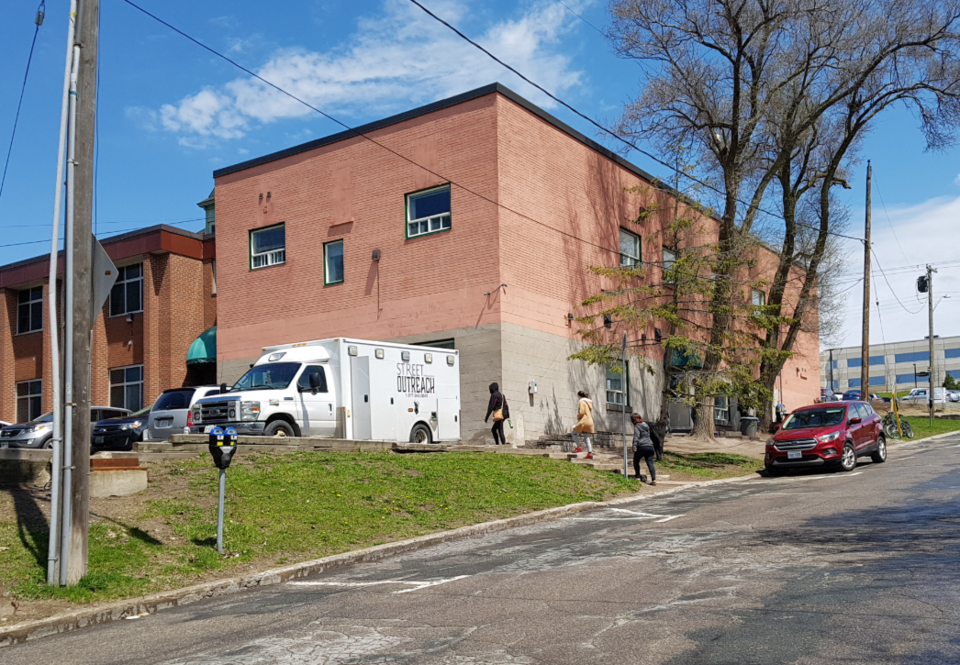 The David Busby Centre is shown in a file photo from McDonald Street. Shawn Gibson/BarrieToday

The possibility of a fence being built around the David Busby Centre in downtown Barrie to minimize interaction between the facility's clients and neighbourhood residents is in limbo for now.

Council decided at Monday night's meeting to refer the matter to a city building committee for further consideration.

"Maybe a fence isn't the best option and there might be some unintended consequences and safety concerns, (such as) access to the building," said Coun. Keenan Aylwin, whose ward includes the area around the Mulcaster Street facility.

The David Busby Centre oversees the aid and shelter of many of Barrie's homeless population in its building, where they provide services for the city's less fortunate.

At last week's general committee meeting and without any discussion, council gave initial approval to enter into an agreement with the Canadian Mental Health Association (CMHA), which owns the building at 88 Mulcaster St., to erect a fence on city property at the site along McDonald Street.

The initial plan for the proposed barrier was for it to be a "tight-board wood fence," 0.3 metres from the street and no more than 1.8 m in height to meet standards outlines in the city’s zoning bylaw.

"It made us aware that maybe a fence isn't the greatest idea," Ward added.

In May, residents voiced frustration over some Busby Centre clients making threats and intimidating people who live in the area, as well as drug use, sexual acts in public and vulgar language.

They took their fight, with petition in hand, to a city building committee, pushing for a fence to be built at the facility, which opened late last year around Christmas.

Following that delegation, there were discussions with senior city staff, the property owner, David Busby Centre officials and residents to find a way to have a 50-metre fence constructed on the property's McDonald Street boundary.

But council has changed its tune for the time being.

"We need to come up with a dignified and compassionate solution to some of the neighbourhood concerns," Aylwin said.

A neighbourhood consultation committee has been struck to look into local matters and strategies, with a first meeting scheduled for Wednesday.

"It's my hope this evening that council will let that committee do their work in consultation with the neighbours and come up with the best solution for everyone involved," said Aylwin, adding he hopes something positive come out of those meetings.

Aylwin also pointed out that the Mulcaster Street facility shouldn't be blamed for the issues.

"We're in the midst of a housing and homelessness crisis, (and) an opioid crisis, and they're one of the many organizations working locally solve those issues," he said. "I'm glad they're a partner in the community on that and we're lucky to have them."

Council voted unanimously to send the matter to the city building committee for further consideration.

Possible fence at Busby Centre takes step forward
Sep 9, 2019 8:03 PM
Comments
We welcome your feedback and encourage you to share your thoughts. We ask that you be respectful of others and their points of view, refrain from personal attacks and stay on topic. To learn about our commenting policies and how we moderate, please read our Community Guidelines.