Nordia pulling out of Orillia, putting 300 people out of work

Company representative says move is a 'business decision'; Employee says news is 'devastating. It's a very sad day for many' at call centre
0
Feb 26, 2020 6:00 PM By: Dave Dawson 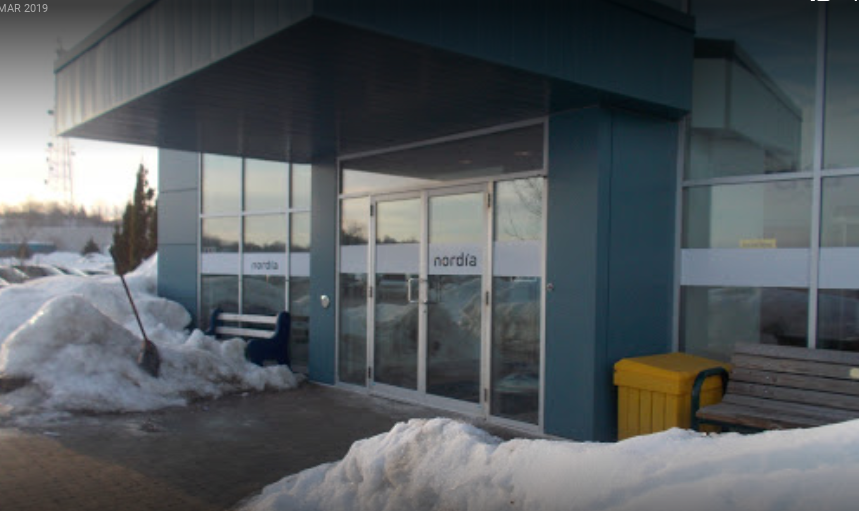 Nordia, the call centre in west Orillia, announced today it will be pulling out of the city, leaving about 300 people out of work.

Nordia is pulling the plug on Orillia.

OrilliaMatters has learned that about 300 employees received the “devastating” news Wednesday that they will be out of work when the call centre closes its Orillia operation July 31, 2020.

“It's been a very sad day for many,” said Norida employee Tammy Gilson, who called the unexpected news "devastating."

“With the economy in Orillia and the lack of jobs, many don’t know what we will do,” she said.

Gilson said the company alerted employees that anyone with less than five years of service will not receive severance.

“We will lose our benefits. It’s going to hurt in a lot of areas,” said Gilson, who will mark three years as a Nordia employee tomorrow.

“No one knew this was coming,” she said, noting agents were pulled into the cafeteria and given the news.

“It is very sad for everyone involved and for Orillia as a whole,” she said, noting wages earned at the call centre helped “feel a lot of people in Orillia. I don’t know how everyone will find new, adequate jobs... it’s scary.”

He lauded the centre’s staff for their loyalty and dedication, noting the closure is a “business decision.”

He said the company has excess capacity at recently renovated facilities in Toronto and Waterloo and elsewhere. He also noted the lease is expiring on the Orillia site, which gives the company the opportunity to pull out.

“The building in Orillia is not up to the kind of standards now …  and the cost to renovate would be exorbitant,” said van Leeuwen, noting the centre in Orillia is “the only one we have that hasn’t been extensively renovated. It’s a big building. In fact, we’ve never used the entire building,” he said.

The city, he noted, owns the building. In fact, the municipality purpose-built the facility in 2002 to attract a call centre.

“We’ve certainly done upgrades over the years, including the HVAC system recently and we are always willing to work with whoever was in there,” said the mayor.

He said he’s not sure what might happen to the building.

“We will put our heads together at City Hall and that’s something that will start in earnest,” he said.

The mayor said he has already been in contact with Simcoe North MPP Jill Dunlop to discuss the issue with a focus on how to help the employees impacted by the closure.

He said the city could work with Ajilec, an employment support company located at the Orillia City Centre, and with Nordia to help employees find work.

Van Leeuwen noted some employees will receive severance pay, but many will not, he conceded. That is determined, he said, by how long they’ve worked there.

“It’s why we made the announcement now: We hate to close a facility and lay off people … we really wanted to give people the longest possible period of time to prepare and plan,” he said, noting the company will work with the employees to help them find work.

Nordia was seen as a saviour of sorts in 2013 when it came to town to save jobs.

Amid much fanfare at a press conference at the Hunter Valley Road facility, Nordia announced it had acquired the assets and lease of the call centre formerly operated by TeleTech.

While TeleTech continued to use a portion of the facility to provide services to existing customers, Nordia took over management of the centre.

“We are excited to acquire this first-class centre and create attractive new jobs in the City of Orillia,” John DiNardo, president of Nordia, said at the time, while announcing plans to hire 400 service representatives.

Teletech once had over 700 staff in the 43,000-square-foot building, but was down to about 100 in 2013 when Nordia took over. TeleTech no longer operates in the building.

THEN & NOW: Foot of Mulcaster Street
Apr 5, 2020 12:00 PM
Comments
We welcome your feedback and encourage you to share your thoughts on this story. We ask that you be respectful of others and their points of view, refrain from personal attacks and stay on topic. To learn about our commenting policies and how we moderate, please read our Community Guidelines.