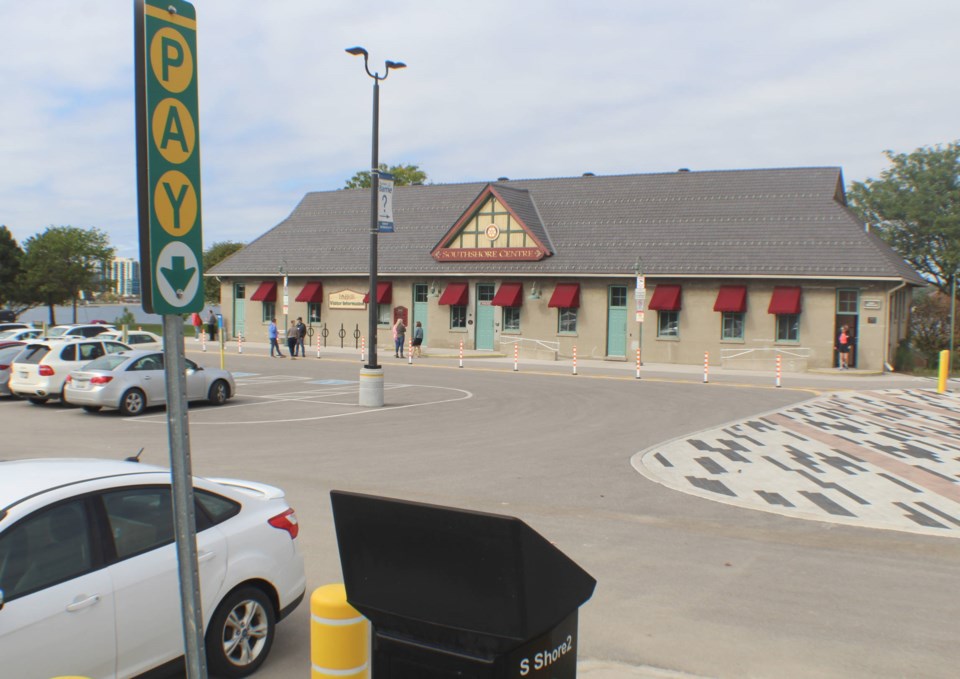 The Southshore Centre in Barrie is shown in a file photo. Raymond Bowe/BarrieToday

New parking rates have been OK'd by city council, but with some special tweaks for people who live just outside Barrie.

On Monday night, council approved increasing non-resident parking rates to $10 an hour from $3, and the daily maximum parking rate to $50 from $20, effective July 2, in Barrie's waterfront parking areas.

In addition, the city’s seasonal non-resident parking pass will increase to $130 from $90, except for residents of Innisfil and the townships of Essa, Springwater and Oro-Medonte, who can continue to pay $90 for the annual pass.

"We have a lot of residents in the Midhursts, in the Shanty Bays, in Innisfil, people who've been contributing to the Barrie community ... for decades," said Coun. Sergio Morales.

Residents of those municipalities were being left out in the cold, so to speak, under the original parking-rate model considered by council, Morales said, due to the motion's wording and who it targeted as "out-of-towners."

But the councillor said he wanted to extend "an olive branch" to those residents living in neighbouring municipalities, some of whom own businesses in the city or belong to local service clubs.

"It seems like a good compromise," Morales said. "It is for the greater good and that was very important."

Coun. Robert Thomson said he was concerned, because Barrie's beaches are full as it is without inviting more people into the city.

"With COVID, we've really got to be careful," Thomson said Monday night. "We're only in Stage 2 (of the province's plan to reopen the economy). Who knows where that goes. I just don't want to give an option for everyone to come to our beaches."

As per the city's emergency declaration, there isn't supposed to be any non-resident parking at the Barrie waterfront, noted Mayor Jeff Lehman.

"If the purpose of raising the price is to try and limit the number of people on our beaches, we've just had a total ban and it hasn't worked," Lehman said.

Access Barrie executive director Rebecca James-Reid confirmed there have been more complaints about crowded beaches recently. She also noted only seven non-resident passes have been sold this year.

"It's not been a hot commodity," she said.

Approximately 800 residents are awaiting their resident passes, James-Reid said, which have been delayed.

The city will also apply to the province to bump the early payment fine to $75 from $20, and increase the set fine to $100 from $30, for paid parking infractions in the waterfront area. City officials expect these increases will better align Barrie with its neighbouring municipalities which have waterfront parking. Parking-fine revenues cover the cost of municipal bylaw enforcement.

Paid parking in downtown Barrie is also suspended until Sept. 8 to help with the economic recovery from COVID-19.