Peter Voisey admits to having butterflies as his band leader debut approaches
0
Oct 11, 2017 10:00 AM By: Glenn Wilkins 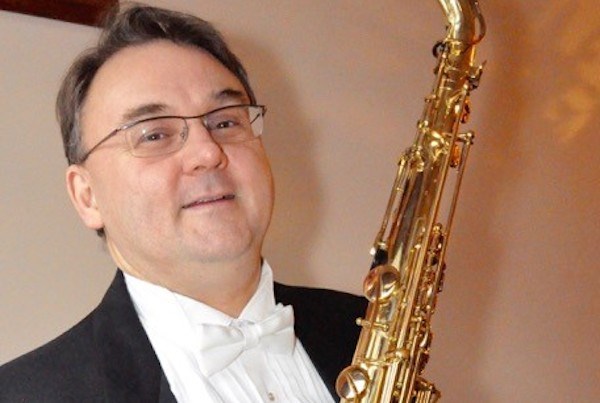 Peter Voisey takes on the baton next week as the new conductor of the Barrie Concert Band, but he’s taking a circuitous route to the podium – one with stops on Damon Runyon’s Broadway, then pausing for breakfast in America.

Voisey, who will lead the band at Tuesday night’s Salute to Veterans at the Legion Hall on St. Vincent Street, is finishing out a run in the orchestra pit in the Stratford Festival’s production of Guys and Dolls, playing oboe, English horn, clarinet and tenor sax. Then, on the weekend, he’ll play oboe to back Supertramp’s Roger Hodgson at Casino Rama.

Voisey, who hails from Orillia, tells BarrieToday, he’s had a hankering for being a bandleader. “I have been for a few years wanting to add some conducting to my musical career, and have been studying and attending courses to this end.”

Peter hopes to take the band in another direction.

“I am hoping to do more traditional concert band and classical repertoire than they have been doing in the past, while still doing the more ‘popular’ music, jazz, film, etc. I, as every conductor would like to do, will try to raise the level of the band musically, as well as its profile in the community.”

He also doesn’t mind confessing to a bit of the “butterflies” as the Oct. 17 debut date approaches.

“First performances are always a bit ‘nervous making’, but I hope to be well enough prepared not to have it matter. I have spent much of my music career doing things for the first time – whether it is in the recording studio, television, or on stage, or with a major artist.”

Nor does the Salute to Veterans represent foreign ground on Voisey’s musical journey.

“I am a big band fan, and I have played tenor saxophone with Barrie's own Baytowne Big Band for several years. I also like marches, and there will be lots of marches, as this is a military event. We will also be playing some popular music of the 40s and 70s, as well as a few classic concert band pieces.”

“I am honoured to be the new conductor of the Barrie Concert Band. It has a very long history, and a loyal concert audience. I am hoping that we can grow this audience in the future.”

Police seek assistance locating missing Penetanguishene woman (update: found)
Jan 24, 2020 4:35 PM
Comments
We welcome your feedback and encourage you to share your thoughts on this story. We ask that you be respectful of others and their points of view, refrain from personal attacks and stay on topic. To learn about our commenting policies and how we moderate, please read our Community Guidelines.