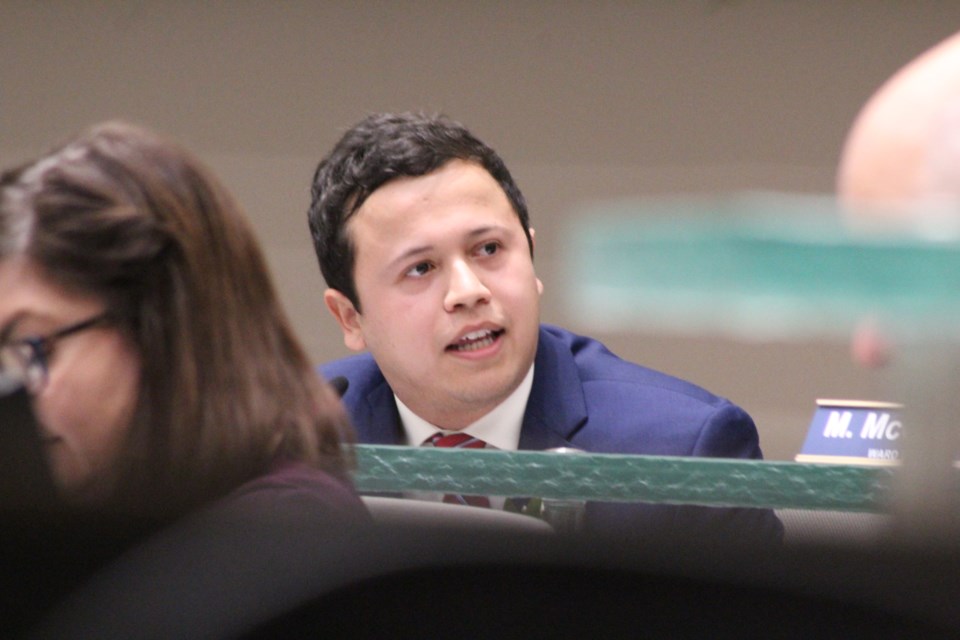 “Peculiar” is how Coun. Sergio Morales describes the backlash he has received for voting to hire a third-party consultant to look at the issues around a proposed supervised consumption site (SCS) in downtown Barrie.

The Ward 9 councillor says he’s dealt with a lot of negative comments since asking for more information on the SCS, and denies the request was a delay tactic.

Although his motion to get information from Barrie police on the possible costs and impacts of an SCS at 90 Mulcaster St. was denied at council in late-June, he made his own request to the police services board last week, hoping to have a response by the end of September.

"It’s a double standard," he added.

On June 24, city councillors again deferred a decision on a proposed SCS in Barrie, this time until a third-party consultant can have a closer look at how other similar facilities are run across Canada and their impact. Council voted 6-4 in favour of hiring a consultant, at a cost of up to $50,000, and to report back to general committee by the end of October.

During discussions at city hall, Morales put forward a motion to request a report from Barrie police on estimated costs of policing should the site at 90 Mulcaster be approved. His motion was defeated, but he was encouraged by Mayor Jeff Lehman to request the information himself.

“This is definitely something we need (to find out) and that’s why I was happy to send the letter,” he added.

On July 4, Morales sent a letter to the Barrie Police Services Board requesting a memo that outlined the possible financial and operational implications if an SCS were to be approved and located in the city. He also requested information on metrics about Barrie police resources, both operational and financial, that have been allocated to opioid-related events, including but not related to overdoses, calls for service at the Barrie Public Library's downtown branch, businesses and residential homes, and extra calls for service where an SCS could be established.

The way Morales assumes the policing data would be provided to council – which he requested in the letter – would be to get numbers from municipalities that have an operational SCS, and compare their policing costs before and after its implementation.

“That’s what I want, and clearly we don’t have that right now,” he said.

While the Simcoe Muskoka District Health Unit’s Community Consultation and Engagement for a Supervised Consumption Site in Barrie report does indicate that community partners were consulted for the report – which include first-responders such as police officers, firefighters and paramedics – specific data about impacts to those services weren’t fleshed out in the report.

Morales says this is why he’s been asking questions.

He points to the assertion by health unit officials that the city could potentially see savings of up to $1 million a year for emergency medical services.

“That’s not true. Full stop. I asked the (health unit) representatives specifically if they were including the paramedics’ salaries, and the costs of the vehicles. They said yes. Those are not avoidable costs," Morales said. "If you look at the meetings, I tried very politely to clarify that, and they wouldn’t answer.

“The information they’ve provided to us is wrong, at least in that one example. I think it’s important for council to know what those numbers are,” he added.

Morales points to other issues dealt with at the council table, such as developments or tenders, and thinks if councillors didn’t ask questions on those issues, they’d be criticized for not doing their duty.

“Council would be taken to task. People would be up in arms,” he said. “For this issue, we’re being shamed for asking questions and doing our jobs. The fact that councillors – not just me – continue to have questions... that shows there’s a lot of holes in this. We shouldn’t be in this situation.

“We want to make the right decision.”

The Gilbert Centre, Simcoe Muskoka District Health Unit and the Canadian Mental Health Association (CMHA) have been leading the push in the past several months to open an SCS in the city, which has one of the worst opioid problems among Ontario cities.

When reached for comment on Monday, Barrie police communications co-ordinator Peter Leon said that currently, all requests being made to city police concerning the proposed SCS are being forwarded to the health unit.

The Barrie Police Services Board is on break until September, at which time it's expected they will consider Morales’ request. The request from Morales asked for the information back from Barrie police by Sept. 30.

“In light of the request that has been made by the councillor, it’s best we defer comment on the issue for the time being,” Leon said.

Residents have mixed feelings on proposed drug consumption site downtown
May 15, 2019 8:34 PM
Comments
We welcome your feedback and encourage you to share your thoughts. We ask that you be respectful of others and their points of view, refrain from personal attacks and stay on topic. To learn about our commenting policies and how we moderate, please read our Community Guidelines.