Robert Geurts was a prosecutor during the Paul Bernardo trial, and his motivation to run in the York-Simcoe byelection is connected to the legal system
0
Feb 10, 2019 4:30 PM By: Jenni Dunning 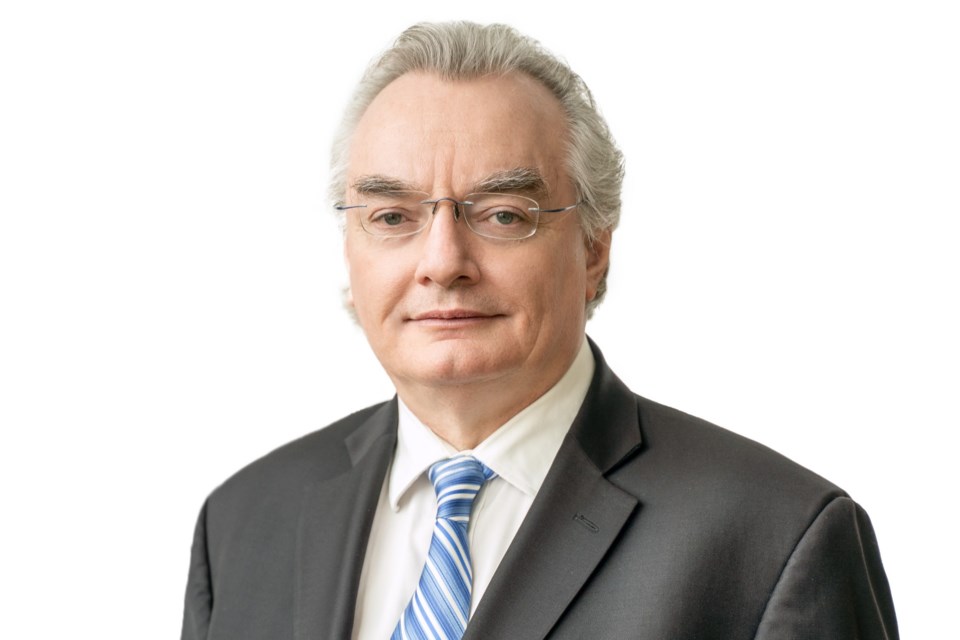 Robert Geurts’ motivation to run in the York-Simcoe federal byelection is rooted in the law.

The lawyer, who lives in downtown Toronto, is the first candidate in this riding for the party, which was created last fall by former Quebec MP Maxime Bernier.

A prosecutor during the Paul Bernardo trial, Geurts said he was deeply moved by that case and was inspired to write a book about his criticisms of the justice system.

“Those (murders) made a huge impact on me. This business of getting 25 years after you abduct a child, torture that child, and murder that child (is) wrong” because killers like that should be sentenced to stay in jail until they die, he said.

“Then Tori Stafford happened. I thought, ‘Damn it.’ If we had done the right things with Paul Bernardo” that sentencing could have also been done differently.

When Bernier left the Conservative Party of Canada, Geurts felt compelled to send him a copy of his book, which he said led Bernier to reach out and ultimately ask him to run as a candidate in York-Simcoe.

“I’m a little bit out of my element,” Geurts admitted, but he firmly believes in the mission of the People’s Party of Canada as a flag-bearer for right-wing ideals.

Among Bernier's promises are abolishing Canada's $5-billion foreign aid program, and reducing immigration while at the same time requiring immigrants to adopt "Canadian" and "Western values.”

He has also been criticized for some comments, including a string of tweets last fall condemning Canada’s immigration system, calling Prime Minister Justin Trudeau’s support for diversity “radical multiculturalism.”

Geurts explained the party simply wants to lower the number of new immigrants to a “more absorbable” amount that can help the economy.

“What does Bradford need as far as future employment, and can we help Bradford by bringing in immigrants?” he said.

People who think Bernier created the party with a personal agenda in mind are wrong, Geurts added.

“If there isn’t a need for the People’s Party of Canada then this isn’t going anywhere,” he said. “(The party will make) the hard choices the Conservatives and Liberals have not been doing.”

Geurts said he believes the Trudeau government has falsified statistics and lied to Canadians about balancing the budget.

“The People’s Party of Canada is so inevitably going to be the ruling party of Canada. Eventually everyone is going to say, ‘Yeah, (the other parties are) all crap,’” he said. “We’re hoping people will vote for substance over selfies.”

Before former York-Simcoe Progressive Conservative MP Peter Van Loan retired from politics last September, sparking the Feb. 25 federal byelection, he told BradfordToday it is “absolutely not” necessary for Canadians to have another party from which to choose.

Geurts, however, said conservative voters should not be afraid about splitting the vote.

“It’s a lie to say there’s a left and a right. There’s just the haves and the have-nots,” he said, adding if the People’s Party of Canada has the “brightest ideas” then it will take voters from all political parties.

Geurts said he believes in a “shared economy,” and a “creative solution revolution” that involves job sharing and more provisions for pensions.

He said he has also proposed a new program to Bernier about lowering homelessness rates of veterans by having them buy and share homes with families.

For more information about Robert Geurts, visit the People’s Party of Canada’s website.