Federal byelection in York-Simcoe slated for Feb. 25. Scot Davidson, a Georgina resident, is critical of cuts to Lake Simcoe Clean-up Fund, and says federal infrastructure funding for York-Simcoe has dried up
0
Feb 10, 2019 3:30 PM By: Miriam King 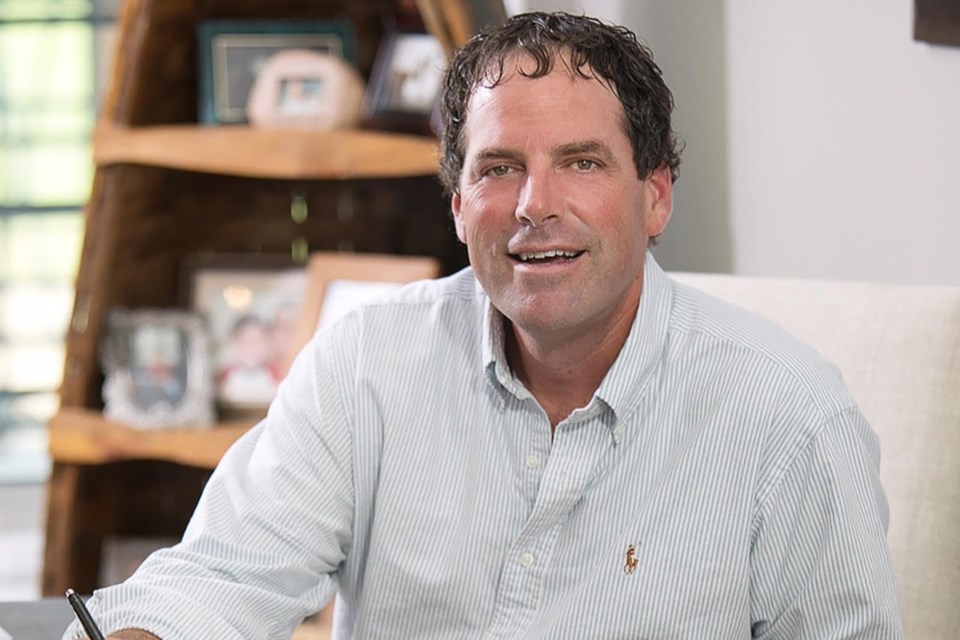 Scot Davidson is the Conservative Party of Canada candidate in the riding of York-Simcoe. Submitted photo

Georgina resident Scot Davidson won the nomination for Conservative Party of Canada candidate in the riding of York-Simcoe in a contested battle last year.

A businessman and entrepreneur, Davidson was elected by party members on the first ballot. Now, with a byelection less than a month away, Davidson has been out campaigning, despite the weather.

What Davidson’s hearing at the door is that “people are concerned about the direction the country is heading. They feel it’s mismanaged.”

He shares that sentiment.

“People aren’t convinced a carbon tax is a solution. Some people say it’s the easy way out. What do we do? Just tax people,” Davidson said, noting that in a global economy, greenhouse gases are a global problem.

For Canada to introduce a carbon tax without a global response? “This is where people aren’t quite sure,” he said.

Davidson was also critical of the federal government’s actions on a local level. If the Liberals are so concerned about the environment, he asked, “why did they cut the Lake Simcoe Clean-up funding?”

Since the Liberals took office, the program that funded numerous studies and hands-on projects has been eliminated.

“We all live around this lake. This is where we live and work and play,” Davidson said, noting that even while the funds have dried up, the Upper York Sewage System is moving ahead. That would bring 56 million litres of sewage a day into the area from south of the Oak Ridges Moraine.

“Why are we taking other people’s effluent into our lake that we’ve worked so hard over the last 10 years to make healthy?” Davidson asked, suggesting the impact of the volume of flow entering the Holland River, the higher temperatures of treated effluent, the pharmaceuticals in the wastewater are all “valid concerns. These are some questions that haven’t been answered.”

He acknowledged the sewage system is a municipal and provincial issue, not a federal one, but Davidson said, “I’m a proponent for the lake.”

Davidson said that under the Liberals, federal infrastructure funding for York-Simcoe, long a Conservative stronghold, had also dried up.

“There are areas where federal funding could come in for joint projects,” he said, including the construction of the Highway 400-404 Connecting Link, to connect the two sides of the riding. In the Holland Marsh, federal funding could provide support, where agricultural operations are currently limited by single-phase power and lack of access to natural gas.

Davidson is passionate about supporting small business and cutting red tape. In an increasingly competitive global economy, “this is a TSN Turning Point. People cannot wait five years for permits to build a greenhouse. We are getting behind the curve. We have to be proactive, not reactive,” he said. “We have to find a way to move forward.”

“We’re bogged down in government bureaucracy,” Davidson said. It used to take two days to transfer guest workers from Niagara Region to the Holland Marsh, he said, but with today’s paperwork, it can now take four weeks.

Red tape “is just killing small business,” said the former restaurateur, marina and ice hut operator and economics graduate. “We need everyone on the team… You’re out there working, working hard, and I say thank you. We need a government that says thank you… You have to have people in government that relate to that, that understand small business.”

He had some praise for the work that has been done regarding First Nations, and efforts to provide social services and clean water, but he pointed out "we still have dozens of First Nations still on boil water advisories, and that’s not right. The Liberals are always behind the curve.”

“Where is all the money? That’s what everybody says in York-Simcoe,” he said. “People are hiring politicians to do a job, and they want the job done…. With a majority government for almost four years, what have they accomplished?”

No new COVID-19 cases reported in Simcoe-Muskoka today
Jun 3, 2020 12:00 PM
Comments
We welcome your feedback and encourage you to share your thoughts. We ask that you be respectful of others and their points of view, refrain from personal attacks and stay on topic. To learn about our commenting policies and how we moderate, please read our Community Guidelines.