Meet the man behind Donaleighs 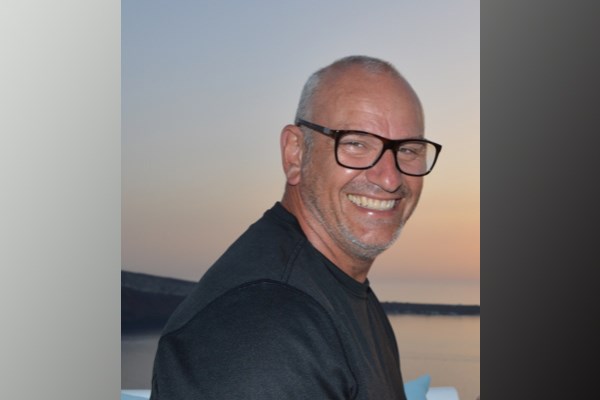 Steve Ricalis has been a musical animal most of his 53 years, and claims to have been a roadie for some of the best acts in the pop world: Fleetwood Mac, Lenny Kravitz, Mick and the Stones, Rod Stewart, Green Day… heck, even U2.

So after all those years of being on the road, Steve decided he wanted a place where he stop and relax while hearing music. The plan was to set up a restaurant with varied taps, with food that was a cut above the usual greasy pub fare, a comfortable atmosphere and a respectful setting for folks to hear live music.

“At the bottom of my heart, I had a soft spot for music.”

And so now, Steve and business partner Don Kellett run Donaleighs Irish Public House on Dunlop Street East in Barrie, rapidly becoming the hot, happening place for people to come on in, kick off their shoes (figuratively) and hear some of the best acoustic sounds and surrounding area have to offer.

Ricalis told BarrieToday recently that none of this would have happened without “stumbling into” Chas Hay, a real go-getter with lots of connections in the music business. That meeting, along with finding a suitable central spot for where the restaurant would be, proved that happy combination of right place, right time.

But there was still a lot of planning to do. The tables had to be the right height for folks first to enjoy their meals and then have an unobstructed view of the stage. Ricalis and Kellett admit they had a “hard time filling the place,” so he and his partners initially offered free tickets to folks interested in seeing some of the acts he and Hay were booking.

They also worked on the atmosphere, arranging it so that when the show started, the chatter among patrons ceased and all the focus was on the guys and gals playing and singing.

Ricalis can’t say enough of about Hay, the promoter of the acts, and how books artists who have the knack for exciting the patrons. “Every show he puts on, folks are blown away by the talent” on the stage.

Nor will the next gig disappoint: the father-son duo of Andrew and Sam Cash will be featured at the next instalment of the pub’s Songwriter Series, Tuesday, April 10, also featuring budding sensation Megan Bonnell.

“Each evening,” says the Donaleighs site, “offers a unique opportunity to witness veteran and newer singer-songwriters interact in a ‘songwriter’s circle’ or ‘guitar pull’ where they often accompany one another as they take turns swapping songs, stories, and personal recollections.”

While Ricalis credits Hay with the legwork getting the artists, it usually falls to co-founding father Brett Caswell to “bring unity… and tranquillity to the stage,” despite the differing styles of the various artists. “He takes these people who may play underestimated music, and manages to pull the best from everybody there,” says Steve.

What else Steve admires – and assumes you will, too – is that Brett can arrange it so that while “one artist is playing, the rest will join in and play along,” creating a community sense that one would find at an out-and-out folk festival.

Drop in and chat with Steve Ricalis and Don Kellett at Donaleighs Irish Public House, 28, for dining, for enjoying beverages, and, especially for the sheer pleasure of enjoying live music. To learn more, click here.

EDITOR'S NOTE: In an earlier version of this story we neglected to include Don Kellett, co-owner of Donaleighs Irish Pub. We apologize for any problems this oversight may have caused.