Mayor calls for decriminalization in battle against addiction 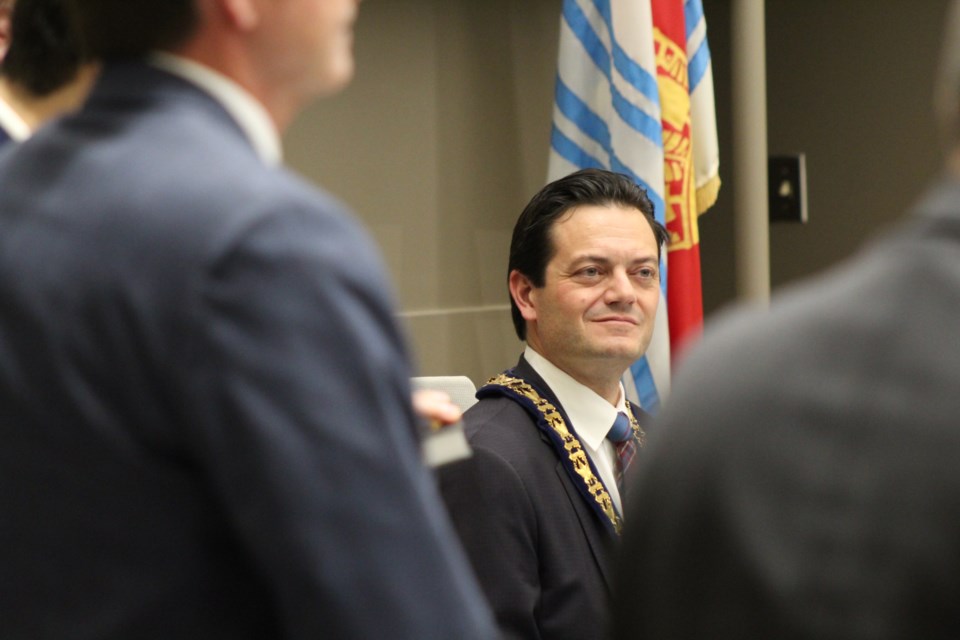 Calls for the decriminalization of controlled substances, and continuing the creation and funding of mental health crisis response units, are now coming from Ontario’s Big City Mayors (OBCM).

“Decriminalization is a shift from a law-enforcement approach to a health approach to addictions,” said Barrie Mayor Jeff Lehman, who’s also OBCM chairman. “The current ‘war on drugs’ approach is obviously not working. It’s time for a more effective solution.”

OBCM will work to convince the federal government to change its legislation to decriminalize drugs and push the province to expand support for the crisis response units, which combine trained mental health professionals and police officers to respond to identified low-risk crisis calls and wellness checks.

“Advocacy for us includes delegation meetings with ministers as well as correspondence, but also public advocacy in our own communities and in the provincial and national media,” Lehman said. “The feds are in the midst of considering legislative changes and, of course, there are elections coming for both levels of senior government, so we will advocate for this to be in party platforms.”

Barrie city police have mental health crisis response teams in collaboration with the Canadian Mental Health Association (CMHA) through the Community Outreach And Support Team (COAST) program. It focuses on extending crisis intervention for Barrie citizens suffering from mental illness and/or emotional disturbances, who are unable or reluctant to utilize existing emergency services.

“The OBCM mayors support making this a provincewide service model," Lehman said. "We collected data on the impact of these programs across the province and the numbers are incredible in terms of reduction in hospital admissions and arrests. It really works!”

Lehman said decriminalizing drugs and the crisis response units work hand-in-hand — citing Portugal, which decriminalized the possession for use of all drugs and has a health-care approach to dealing with addiction, rather than a criminal one.

“The success of the Portugal model was due to the substantial expansion of treatment services in conjunction with diversion from the justice system,” Lehman said. “It also allows police to target more resources on traffickers, sellers, and producers of drugs — these all remain illegal, of course, and part of the point is to focus on this.”

OBCM includes mayors of 29 single and lower-tier cities with a population of 100,000 or more, who collectively represent nearly 70 per cent of Ontario’s population. OBCM advocates for issues and policies important to Ontario’s largest cities.

Opioid poisonings, hospitalizations and deaths are increasing. The Ontario Drug Policy Research Network reported 2,426 opioid-related deaths in 2020, a 60 per cent increase from 2019, making 2020 the worst year on record since tracking began.

Mia Brown, acting manager of the substance use and injury prevention program with the Simcoe Muskoka District Health Unit, said it continues to support decriminalization and has since 2018.

“It’s one of the important measures to address the opioid crisis,” she said. “We sent letters to the minister of health and the minister of justice and attorney general… requesting their consideration of decriminalizing illicit substances and to further invest in health-care services.”

The health unit is also involved in another measure to deal with drug use by methods other than enforcement and the Criminal Code.

In late May, city council endorsed 11 Innisfil St. as Barrie’s supervised consumption site (SCS), provided Health Canada and the province approve. An SCS would provide a safe space and sterile equipment for individuals to use pre-obtained drugs under the supervision of health-care staff, where consumption means taking opioids and other drugs by injection, smoking, snorting or orally.

CMHA’s Simcoe County branch is the lead applicant, with the health unit as co-applicant. They are working together on a consumption and treatment services application to Ontario’s Health Ministry, and a Controlled Drugs and Substances Act exemption from Health Canada that allows staff with the SCS to have the ability to test and handle drugs without any criminal sanctions.

“Right now, we are working on all the components within those two applications and our goal is to have it done — to have all of the requirements for both of those applications — submitted sometime this summer,” Brown said. “So it’s a work in progress.

“It takes a few months for Health Canada to provide a response, and then once Health Canada provides the approval, then the (health) ministry can consider the application that we’ve provided to them and discuss funding with us," she added.

The SCS would be operated by the CMHA and funded by the province.

The province will determine the SCS’s location, but city council was asked for a motion of support, for that specific Innisfil Street location, for the application to the province.

Once the SCS applications go to Health Canada and the province, it’s expected to be six months before there’s an answer.