'Justin Trudeau’s Liberals have had enough chances, it’s time to elect a new slate of Conservatives to fix the mess they’ve made and get Canada back on track'
Apr 12, 2019 6:00 PM By: BarrieToday Staff 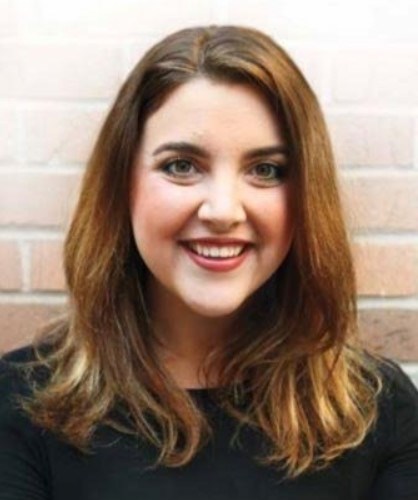 Logan Ross has announced she will seek the Conservative nomination in the federal riding of Barrie-Springwater-Oro-Medonte. Photo supplied

BARRIE - After working on every local conservative campaign since 2006, today longtime North Barrie/Springwater resident, political organizer and former senior advisor to the Ontario PC Party, Logan Ross announces her candidacy to seek the Conservative Party of Canada nomination in Barrie–Springwater–Oro-Medonte.

“Justin Trudeau’s Liberals have had enough chances, it’s time to elect a new slate of Conservatives to fix the mess they’ve made and get Canada back on track,” said Logan.

Involved in politics since she was 15 and as an avid campaigner Logan has held several important local campaign roles. These include working as the Simcoe-Muskoka regional organizer for the 2015 Patrick Brown Leadership Campaign, Deputy Campaign Manager for the 2015 Simcoe-North by-election and Senior Advisor on the 2018 Ontario PC Barrie–Springwater–Oro-Medonte campaign team.

Raised by local entrepreneurs Leonard and Cindy Bugeja, she spent her youth working at Logan’s Golden Mile Restaurant - which her parents named after her. As a Barrie staple, Logan’s famous all-day breakfast is still often talked about.

She also learned hard work and tireless preparation, skills that have taught her how to win elections. She was asked by Manitoba’s now premier, Brian Pallister to be the party’s rural regional organizer for the Manitoba PC party in 2016. In that provincial election, the party won government and every seat in Logan’s rural area. Logan has previously served as a Senior Advisor to Ontario PC leaders at Queen’s Park.

Ontario PC MPP Paul Calandra, who also served as a federal MP from 2007-2015, highly praised Logan’s experience as a veteran of winning conservative campaigns. “I believe Logan’s experience on winning campaigns is vital to keep this seat Conservative in 2019,” noted the former Parliamentary Secretary to Prime Minister Stephen Harper. “She is clearly the best person for the job of winning this election for our party. She will be a valuable member of the Conservative Party and will make a great representative for her community.”

“I love the revitalized Barrie waterfront, skiing at Horseshoe Valley, and attending events at Burls Creek,” said Logan. “Barrie–Springwater–Oro-Medonte is such a special place that will always be my home. I would be honoured and excited to represent you and your family on Parliament Hill.”

She respectfully asks for your consideration and support and promises to always represent her home – Barrie–Springwater–Oro-Medonte.

“I pledge to always be accessible and fight for you,” said Logan. “Especially when it comes to fiscal responsibility, rural infrastructure and keeping our communities safe – issues that I know matter most to our community.”

Heading into the weekend, OPP offers some safety tips (VIDEO)
Jul 3, 2020 4:00 PM
Comments
We welcome your feedback and encourage you to share your thoughts. We ask that you be respectful of others and their points of view, refrain from personal attacks and stay on topic. To learn about our commenting policies and how we moderate, please read our Community Guidelines.