LETTER: Trudeau should bring Elizabeth May into his Cabinet 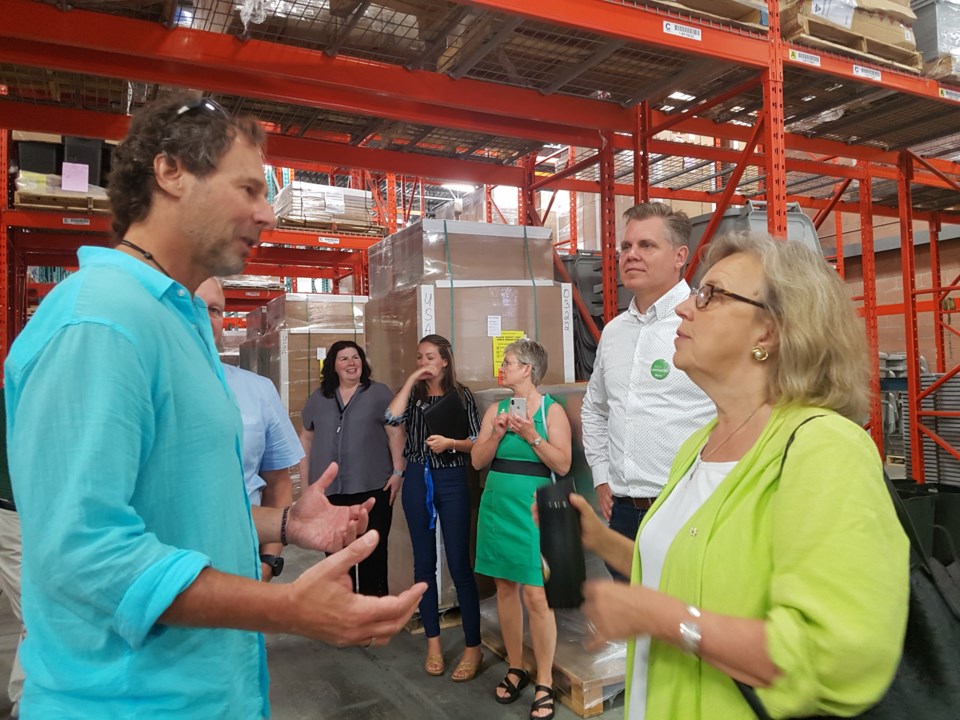 Elizabeth May is shown during the Green Party of Canada leader's stop in Barrie Thursday July 18, 2019. Shawn Gibson/BarrieToday File Photo

BarrieToday welcomes letters to the editor at news@barrietoday.com. Please include your phone number and address for verification, not publication.
********************
Only the Bloc Quebecois can have been pleased by the results of the recent election in which they won 22 more seats than before.

The NDP won fewer seats and less of the popular vote than in 2015. The Green Party nearly doubled their vote count, but won just one more seat.

Justin Trudeau, if he continues on as leader, will have to become even more collegial than he has been to win and keep the support of the NDP and the Greens.

However, looking over a still smouldering battlefield, one thing stands out. A passionate young Swedish girl, Greta Thunberg, ensured that climate change became the most discussed issue in the campaign. Even “western alienation” is really just an offshoot.

And if one accepts that people's votes reflected what they mostly talked about, then 60% of Canada wants government to take climate change seriously, while only around 36% do not.

I believe Canadians do not want to see another bruising and unpleasant election any time soon, and, I am guessing, neither does Trudeau. One way to ensure the longevity of Trudeau’s minority mandate would be to mount a “surprise attack” and invite Elizabeth May to become his Minister of Environment, a post for which she is eminently qualified! This would allow him to be more aggressive on climate change, something likely to be broadly popular among Canadians.

At the same time, I believe he should offer one or two cabinet seats to the NDP, allowing him to move more aggressively on two other issues popular with Canadians: a national drug plan and a national child care scheme.

I can see these issues being deeply unpopular among many Conservatives. However, they appear to reflect “the will of the people”. And no politician who wishes to continue in their career can afford to ignore that!

Mayor, city officials mum on future of McCann's council seat
Sep 19, 2020 3:30 PM
Comments
We welcome your feedback and encourage you to share your thoughts. We ask that you be respectful of others and their points of view, refrain from personal attacks and stay on topic. To learn about our commenting policies and how we moderate, please read our Community Guidelines.