'Every second-rate contractor from the GTA headed north, contracts in hand, waiting to sign people up' after 1985 tornado, says local lawyer
Jul 21, 2021 1:00 PM By: Marg. Bruineman 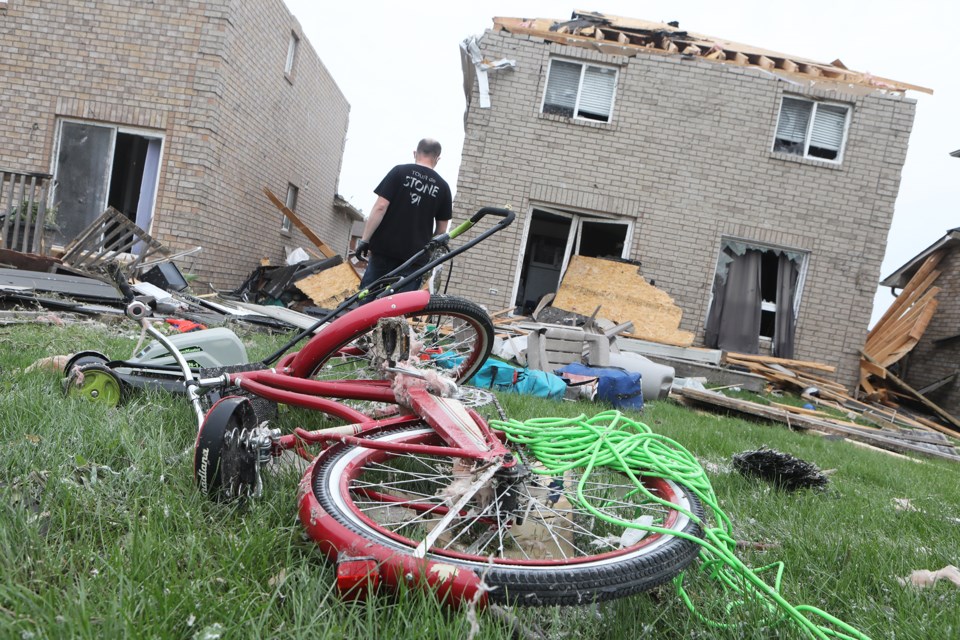 Residents began their clean-up in their yards on Saturday morning after a tornado ripped through the south end of Barrie on Thursday afternoon. Kevin Lamb for BarrieToday

Victims of last Thursday’s tornado who will need to rebuild can access some free legal help to prevent against future conflict, and hopefully unscrupulous contractors.

Veteran Barrie lawyer Marshall Green recalls several issues arising when local residents found themselves having to rebuild after the 1985 tornado. Suddenly, there was an industry of people offering to rebuild homes, repair roofs and fix other damage.

“Every second-rate contractor from the GTA headed north, contracts in hand, waiting to sign people up,” Green told BarrieToday.

Many had been given deposits, but no work ever began, Green said. There was also some shoddy work with re-builders and some came with no warranty.

One of his cases had to eventually be resolved by Ontario’s court of appeal involving a “failed Barrie businessman who decided to go into the contracting business.”

With a bit of help, the lawyers figure the affected residents can prevent those impacted by last week’s tornado from being victimized this time around.

Green believes some of those concerns could have been avoided, so he’s banding together lawyers to help those impacted by Barrie’s latest tornado.

With construction and contract lawyer David Thompson, Green is recruiting local lawyers to give two hours of free consultation to tornado victims who find out they’ll need to rebuild.

Initially, 75 houses in the southeast Barrie neighbourhood devastated by Thursday’s tornado were issued unsafe orders in the area of Prince William Way and Mapleview Drive East. As of Wednesday, city officials have received 26 engineering reports and eight have now been deemed safe for residents to return.

In addition to all the homes that will require some kind of repair, a wind engineer who surveyed the houses immediately after Thursday’s tornado estimated that about 20 may have to be replaced.

Given that builders and renovators have been in such high demand during the pandemic, there's concern that those rebuilding will feel pressure to quickly sign on with a builder without thoroughly examining their background or the contract.

“I can imagine some of these people who need to rebuild may feel desperate to just pick whoever they can get, whatever they can get,” Thompson said. “We would like for them to at least have a chance to understand what they’re signing, what their rights are.”

Approximately 10 lawyers have offered to help so far.

Green says he hopes the process will help to weed out unscrupulous contractors.

“Hopefully, they’ll check the builder out,” he said. “They will do whatever they can to protect them on paper at least.

“A lot of people were hurt the last time," Green added.

The lawyers will look to ensure rules such as holding back money and liens are followed and that the contracts will include how long payment can be held back to ensure the work is completed properly.

Anybody affected by the tornado interested in accessing legal help before rebuilding is asked to email library@scla.ca.