A problem has been the exclusion, until recently, of women from most clinical research trials, says director of heart health at Heart and Stroke
0
Jul 20, 2019 7:30 AM By: Miriam King 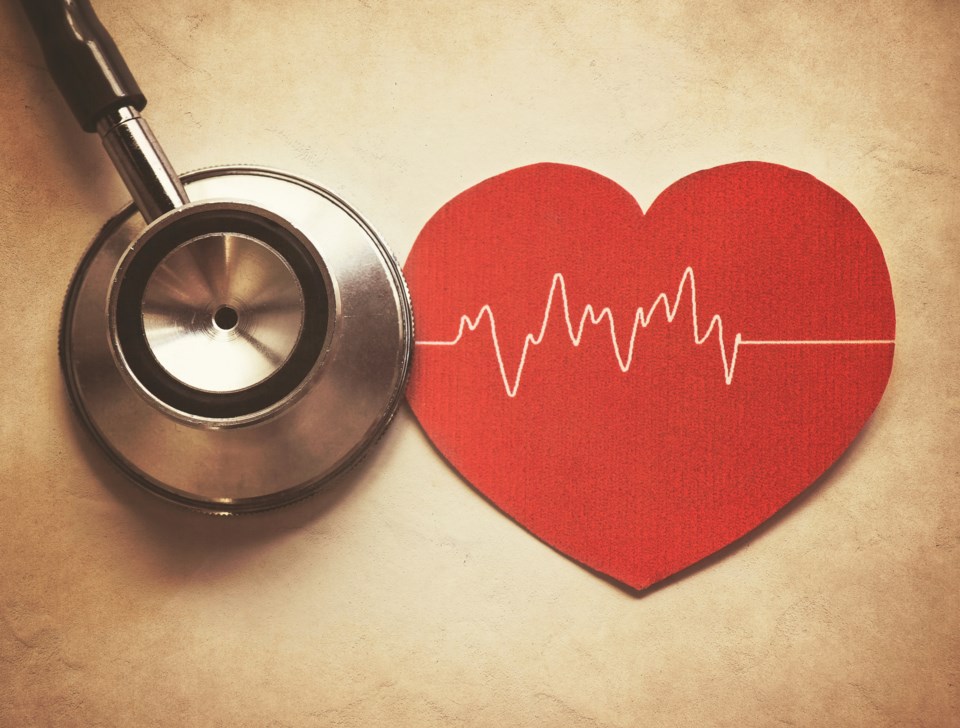 Editor's note: * Not her real name.

Women can be really good at working through discomfort – a little bit of chest pain, an aching tooth, severe indigestion.

“My story started with chest pain,” said the Innisfil resident. “It was nothing. We all have pains and aches.”

She had three or four episodes, none of them lasting more than 30 seconds. At the age of 66, always health-conscious, careful of her diet, and an active walker, she shrugged it off as inflammation, or muscle soreness.

“I’m young, active and healthy,” she said. “I also had pain in my jaw, but then I also have a cap that needs to be cleaned up.”

All the same, when she went in for a three-year checkup, she had an electrocardiogram done and received normal results.

But months later, Stummer and her husband were travelling to Mississauga when she suddenly felt an odd sensation in the middle of her chest – a warm, comfortable feeling almost of euphoria.

“And then the pain hit,” she said. “It felt peaceful and then it started to hurt. Then I started getting short of breath.”

This time, she didn't ignore the symptoms. Stummer calmly told her husband to call 911. She didn’t know it yet, but she was experiencing ST-Elevation Myocardial Infarction (STEMI), a heart attack related to a blockage of a coronary artery.

The most common risk factors are smoking, a diet rich in saturated fats, lack of physical activity, being overweight or obese, stress, high blood pressure or cholesterol, diabetes, and a family history of cardiovascular disease.

Stummer had few of the risk factors in her background, including slightly elevated blood pressure and a family history of heart disease.

“My father was the one with a heart problem,” Stummer said. He had his first heart attack at age 66 and experienced several additional attacks. Her mother, now 92, had a series of strokes and is in a nursing home.

In the ambulance, Stummer was hooked up to a monitor and given a dose of nitroglycerine spray, which immediately alleviated her shortness of breath.

“The scary part for me was, I had a spray of nitro and I felt perfect – even though I was still having problems,” she said. She was able to communicate, even joke with the paramedics.

At the hospital, Stummer went immediately into an angioplasty – using a balloon catheter to open narrowed blocked arteries – and the implantation of drug-eluting stents that both keep the arteries open and prevent cells from proliferating.

She had three stents put in immediately, and, eventually, a fourth. When she later looked at the reports of her tests, she found her “bloodwork was off the scale” and there was a “surprising amount of plaque in my arteries.”

After being released from hospital, Stummer attended a cardio rehabilitation program at Southlake Regional Health Centre and has since been given a clean bill of health, although her medication is still being adjusted.

She carries nitroglycerin spray in her purse, along with two baby Aspirin pills “to sit and chew,” and her medication includes a beta blocker to slow her heart rate, a drug to cut cholesterol production, and anti-platelet medicine.

Since the January incident, Stummer is back to her normal everyday routine, but it has had a lasting emotional impact.

There was a point when “it did cross my mind that I might not make it,”  Stummer admitted. And it made her realize just how hard it is to predict a heart attack, and how easy it is to miss the symptoms – if there are any.

The issue of underdiagnosis in women has been recognized by health organizations and the Heart and Stroke Foundation. The latter found early heart-attack signs were missed in 78 per cent of women with heart disease.

Part of the problem has been the exclusion, until recently, of women from most clinical research trials – and the fact that there are differences between the hearts of men and women that are just now being looked at and understood, according to Dr. Cindy Yip, director of heart health at Heart and Stroke.

Men are more likely to have heart disease in a major coronary artery. Women are most likely to get it in the smaller vessels of the heart, where it might not be detected.

There are also differences in the way artherosclerotic plaque builds up, and the screening tests used to diagnose heart attacks, which are developed using male subjects that may “miss heart disease or a heart attack in women," said Yip.

The 2018 Heart Report of the Heart and Stroke Foundation identified heart disease as the leading cause of premature death for women in Canada. Heart disease impacts one in five women – and five times as many women die from heart disease as from breast cancer.

That’s why, Stummer said, women – “and men” – should not ignore the symptoms or clues provided by their family histories.

She urged women to consult with their physicians, ask for tests – and never ignore chest, jaw or back pain, nausea, or sudden fatigue. Call 911 or head to the emergency room when things don’t feel right.

She said she understands why people may shrug off the symptoms: “People don’t want to feel stupid,” she said.

Stummer herself did not have many of the classic symptoms, such as left arm pain, and every one of her symptoms could have been put down to “muscle strain, dental work that needed doing, sinusitis.”

It might be nothing, but it could be something, she said.

“Don’t feel stupid about going. You won’t be looked at negatively,” she said. “If you have pain, follow up.”

Stummer said if she inspires even one person to open a dialogue on heart health with their physician, or to call 911 instead of waiting for the pain to pass, sharing her story will have been worth it.

“(I did not get any) heart damage. It wasn’t a stroke. It cost $45 for the heart attack, and that was for the ambulance fee. We’re here to joke about it,” Stummer said. "I consider myself exceedingly lucky."