Community response the focus of large stakeholder meeting
Feb 22, 2018 7:00 AM By: Sue Sgambati 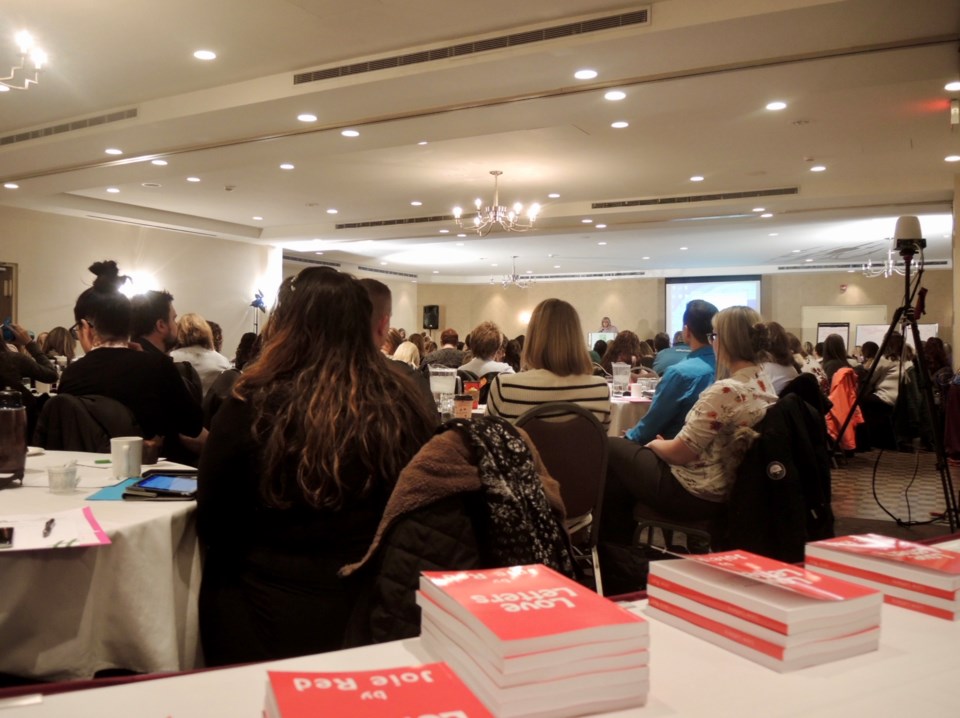 Community agencies and members of the public gathered for the event on Wednesday. Sue Sgambati/BarrieToday

About 200 people packed a conference room at the Holiday Inn in Barrie Wednesday to improve the community network when it comes to fighting human trafficking.

The event, organized by the Women and Children's Shelter of Barrie and included presenters from the Barrie Native Friendship Centre, Victim Crisis and Referral Services (VICKERS) and Huronia Transition Homes from Midland,

The audience featured a cross section of community agencies, including officers from Barrie Police and members of the public.

"We invited hotel owners, grocery store owners - all those places where women who are trafficked will intersect - is who we wanted to come see today because they are the people that are going to see women.  And they might have an opportunity to intervene and save someone's life," said Teresa MacLennan, Executive Director of the Women and Children's Shelter.

MacLennan says Ontario has the highest number of trafficked women and young girls and Barrie is a 'gateway' for human trafficking.

Education should start at a young age, MacLennan says, as early as grade 7 and 8 because traffickers target young women who don't realize they are vulnerable and easily influenced.

Huronia Transition Homes in Midland has dedicated beds for trafficked women and MacLennan says Barrie is trying to have some in this city.

"I hope today that our community agencies share the tools they're using to support women, to identify women. We need to know where we can reach out to each other, to other agencies, to know what's available. I don't think that we've done that. Also, our discussions today will highlight where the gaps are," said MacLennan.

The event was also aimed at raising public awareness.

"The trafficking of women and young girls is a community issue. The community needs to rally to fix this problem."

Suspect sought in alleged gas-and-dash
Jul 13, 2020 12:00 PM
Comments
We welcome your feedback and encourage you to share your thoughts. We ask that you be respectful of others and their points of view, refrain from personal attacks and stay on topic. To learn about our commenting policies and how we moderate, please read our Community Guidelines.