Province is proposing changes to sexual violence and harassment policies at post-secondary campuses across Ontario
Jan 27, 2021 7:00 PM By: Jessica Owen 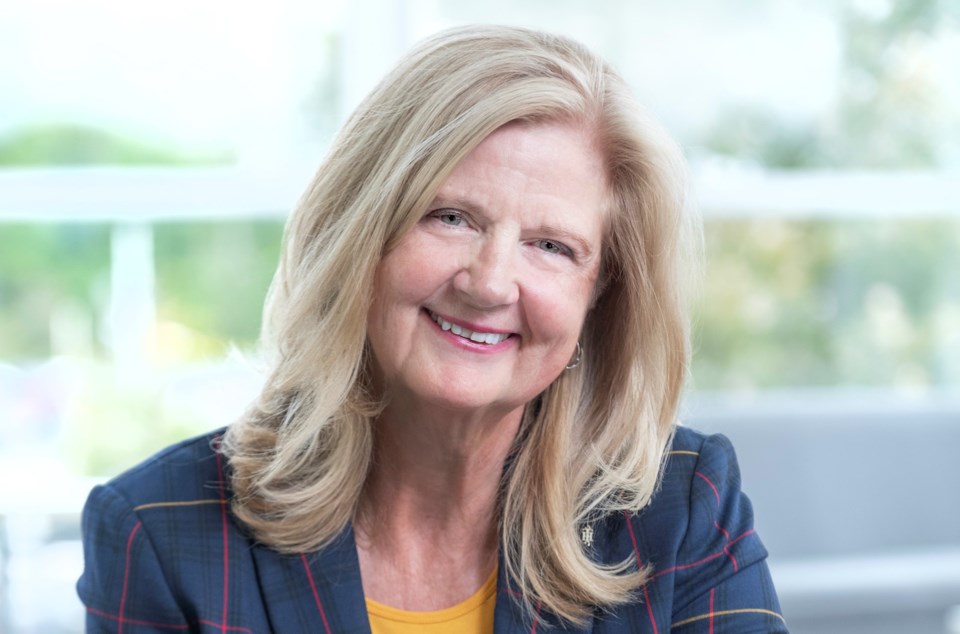 Dr. MaryLynn West-Moynes is the president and CEO at Georgian College. Supplied photo

Between September 2019 and August 2020 across all Georgian College’s campuses, 11 students formally reported instances of sexual violence, harassment and exploitation.

However, there were 76 instances at the college where sexual violence was disclosed confidentially during a counselling session.

On Wednesday morning, the provincial government announced it would be proposing changes to legislation to improve the sexual assault and harassment reporting process in post-secondary institutions across Ontario, aiming to break down barriers that might make victims reluctant to report.

"We know that many instances of sexual violence and harassment on and around campuses go unreported, and often this is because students are afraid of reprisal or concerned that they will not be taken seriously," said Minister of Colleges and Universities Ross Romano.

Romano was joined for the announcement by Simcoe North MPP Jill Dunlop, who also serves as minister of women and children’s issues.

"Even one incident of sexual assault, harassment or any other forms of violence in our communities is one too many," said Romano.

Based on recommendations from the Ontario Undergraduate Student Alliance (OUSA), the proposed changes would require post-secondary institutions to amend their sexual violence and harassment policies to protect complainants from being questioned about their sexual history.

Also, complainants would not be subject to disciplinary actions for violations of an institution's policies around drug and alcohol use at the time the alleged sexual violence took place.

OUSA president Julia Pereira spoke during the announcement to the need for these changes, saying it will help eliminate barriers to reporting.

She referenced the 2019 Student Voices on Sexual Violence survey, which was completed by 746,000 post-secondary students across Ontario.

“About a quarter of those who disclosed to their post-secondary institution were unsatisfied with the institutional response,” she added.

“While these results are concerning, they are not surprising to the students who have been part of the decades-old movement to end gender-based violence at post-secondary institutions,” said Pereira.

Currently, publicly assisted colleges and universities, as well as private career colleges, are required to have sexual violence policies that provide students with information on how the institutions will respond to students affected by sexual violence and harassment.

“My thoughts today were very supportive that students coming forward to report sexual violence can do so without facing barriers or fears of facing judgment or reprisal,” MaryLynn West-Moynes, president and chief executive officer of Georgian College, told BarrieToday after the announcement. “It’s so important. I was impressed.

“The fact that they listened to students is laudable,” West-Moynes added.

West-Moynes points to multiple opportunities at the college for students to learn more about subjects surrounding sexual gender-based violence, such as professional development seminars on subjects such as consent and healthy relationships, as well as courses on what to do as a bystander if you encounter sexual harassment or assault.

“Over, say, the past five years, we’ve made a conscientious effort to make sure training, prevention and supports are in place for everyone in our community,” she said.

To view Georgian College’s policies and procedures regarding sexual violence as well as information on reporting, click here.

Lakehead University officials declined to provide statistics on gender-based violence reporting at the school, citing privacy concerns. However, they did say the number of students who make an official report is small.

Dylan Mazur, director of the office of human rights and equity with Lakehead University, said Wednesday’s announcement is a step in the right direction.

“I certainly welcome these changes. They’re important for a couple of reasons,” said Mazur.

In regards to the proposed change concerning asking questions about a complainant’s sexual past, Mazur said he wholeheartedly supports that change.

“That’s been a long-standing problem within the criminal justice system, but the law has changed on that particular issue. I don’t think a person’s sexual history has any place in a university-led investigation at all. It certainly isn’t something we would ever ask a complainant,” he said.

Mazur said the changes surrounding disciplinary action for alcohol and drug use have also been a long time coming.

“To me, that’s the basics of harm reduction,” he said. “We know the majority of sexual gender-based violence is not reported, so the more we can reduce barriers, the better. A survivor shouldn’t have to think about whether or not they were drinking or using drugs.”

Mazur added Lakehead has never disciplined someone under the school’s drug and alcohol policy when they’ve come forward to report a sexual assault.

“I think we need to look at sexual gender-based violence as an affront to the university community, and that’s what we’re trying to change,” said Mazur.

To view Lakehead University’s policies and procedures regarding sexual violence as well as information on reporting, click here.

To learn more about the proposed changes to the government's sexual violence and harassment policies and participate in an online consultation, click here.