From homelessness to harmonies: musician prepares for new EP release 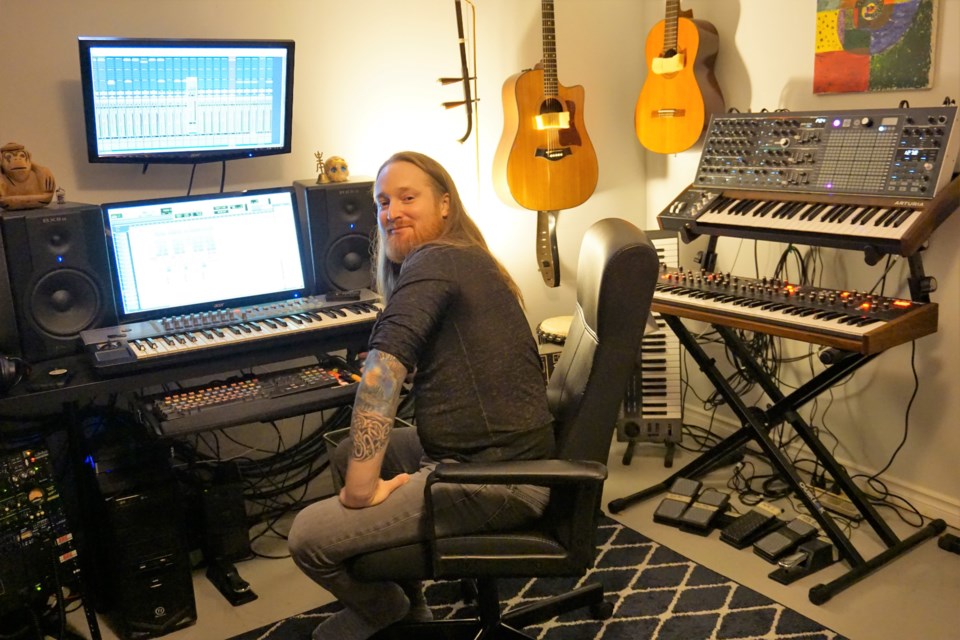 Caley Kelly is originally from Prince Edward Island, but he moved to Barrie for love.

“My wife is from Innisfil,” Kelly said with a laugh in an interview with BarrieToday. “I lived in Toronto for a while, that that’s where we met. We came up here to start a family.”

Kelly, a local musician, is currently gearing up to release a new EP on Soundcloud in December and sat down with BarrieToday to talk about music, his rough start in life, and starting a family in Barrie.

Kelly first started working in music as a teenager after a run-in with the law.

“I was in a youth centre when I was a kid. I was a homeless teenager. I stole stuff and got in trouble. They had two ghetto blasters in the youth centre and I played a little guitar, so I recorded into one, played it back and recorded onto the other one,” he said.

“Ever since then I’ve been fascinated with recording.”

Since then, Kelly has worked a variety of jobs in recording and music, supporting himself through the endeavour. He has toured with hip-hop artist k-os and Hey Ocean! He also briefly worked doing sound mixing for local events, and has contributed time toward local film projects such as the documentary Underground Orillia.

While he used to do more touring and recording, now he’s working to transition toward home recording.

“I’m really taking a crack at doing this as a full-time thing now,” he said.

“It’s pretty niche. It’s more like sound collages,” he said. “The way I see it... as musicians we always try to make things someone else will like. My thought process recently has been that I’m going to make what I want to make without any watered-down kind of idealism. Hopefully the audience for it will find it.

“There’s no rules. Every other type of music, you have to work within a framework. But with new electronic music, you’re making up a framework. It’s boundless,” Kelly added.

“I feel like, with the internet, music has become more homogeneous over time,” he said. “One thing will become popular and everyone jumps on that bandwagon and they try to make the same thing.”

“It kind of takes away from backyard culture. We have our own culture here in Barrie. I have my own culture from PEI. I think, if we’re not careful, those local movements and local art collectives will disappear,” Kelly added.

When trying to define Barrie as a culture, Kelly said it can be difficult. One of Kelly’s favourite bands from Barrie is Digging Roots.

“Barrie is a tough nut to crack. It’s a bedroom community and I think the culture is still burgeoning a bit. Barrie doesn’t really know what Barrie is yet, I don’t think,” he said. “More artists are... going to start really developing that. I don’t know if I could put my finger on exactly what Barrie sounds like.”

Overall, Kelly’s hopes for his new EP release is that he hopes people like it.

“It’s a piece of art. I just want to put it out in the world and hope people enjoy it,” said Kelly.

The digital release date for Kelly’s new EP is Dec. 12. It will be available on Spotify and all other digital platforms.