Foul play not suspected in truck fire at Barrie ONRoute

No injuries after unoccupied cab of tractor-trailer went up in flames on Saturday night
0
Apr 5, 2020 1:30 PM By: Jessica Owen 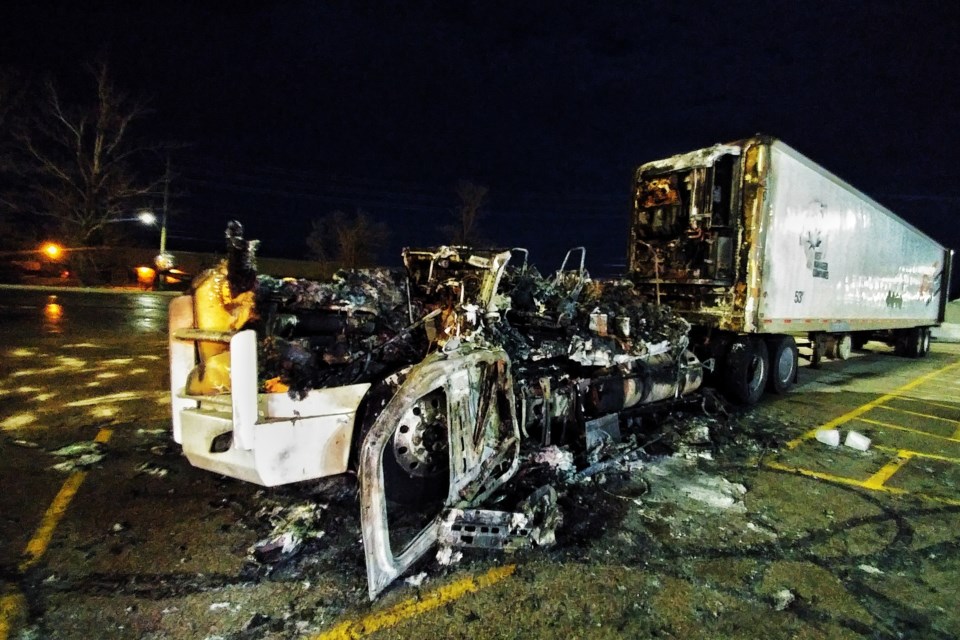 The remains of a tractor-trailer rig stand at the northbound ONroute in Barrie. Dave Kramer for BarrieToday

Barrie fire officials confirmed on Sunday the case is closed in a Saturday night tractor-trailer fire.

According to witnesses at the scene, a tractor-trailer stopped at the northbound ONroute, near Essa Road, at approximately 7 p.m., Saturday. Shortly after the driver exited the vehicle to head inside, witnesses said sparks could be seen coming from the cab of the truck.

About 13 firefighters attended the scene to extinguish the blaze.

The blaze was put out and firefighters left the scene shortly after 8 p.m.

“There were no injuries; the driver was OK,” Clark told BarrieToday.

Clark said there hasn’t been an origin or cause determined at this time, but foul play isn’t suspected.

The truck itself was destroyed. Clark did not have information on what was being carried in the trailer.

— With files from Dave Kramer

Truck burns at Barrie ONroute
Apr 4, 2020 9:14 PM
Comments
We welcome your feedback and encourage you to share your thoughts. We ask that you be respectful of others and their points of view, refrain from personal attacks and stay on topic. To learn about our commenting policies and how we moderate, please read our Community Guidelines.