Corey Stibbard's lawyer says his client no longer works with people who have special needs
0
Jul 17, 2019 1:30 PM By: Jessica Owen 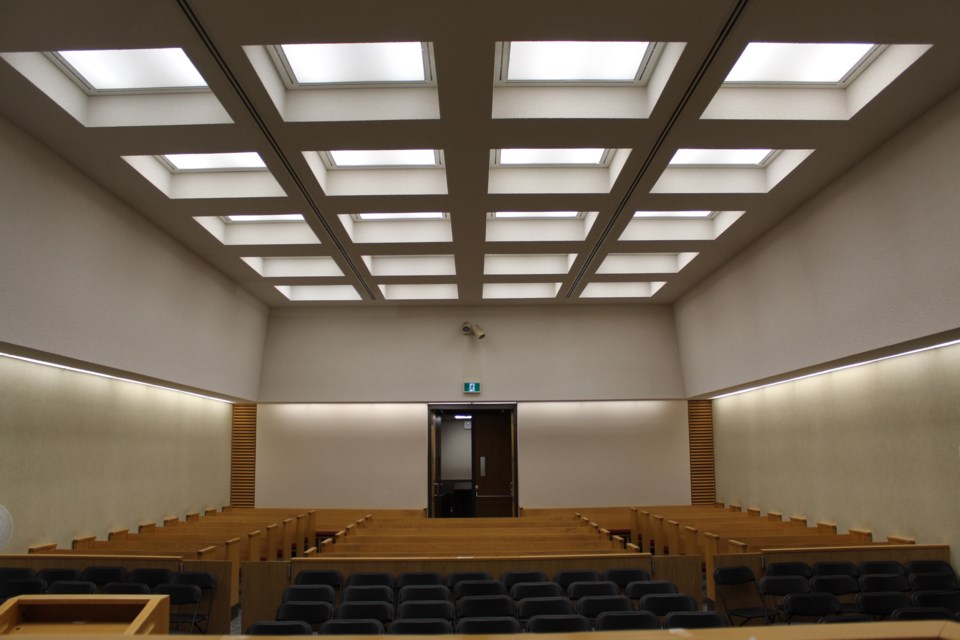 A look inside a Barrie courtroom is shown in this file photo. Raymond Bowe/BarrieToday

A former educational assistant has pleaded guilty to assault in another incident involving a man with special needs.

Corey Stibbard, 34, was initially charged with one count of assault with a weapon and another of assault.

On July 8, the weapon charge was dropped in favour of him pleading guilty to assault.

“He pleaded (guilty) to the lesser charge. The facts of the plea were that it was self-defence, but that he used excessive force to defend himself,” Stibbard’s lawyer, Mitch Eisen, said in an interview with BarrieToday.

According to a release from the Barrie police in August 2018, a 25-year-old Barrie man had been a passenger in the backseat of a vehicle when he was assaulted.

Police said the altercation occurred while Stibbard had been driving, which resulted in him striking the victim, an autistic man, with a steel water bottle.

The victim suffered substantial but non-life-threatening injuries to his head and face.

On July 8, Stibbard received a suspended sentence of two years probation and a five-year weapons prohibition.

In April 2017, Stibbard was convicted in the assault of Riley Dooley, a 20-year-old student with special needs, who was in his care during a trip to a local dollar store, breaking his leg.

Stibbard also pleaded guilty to obstruction of justice for attempting to pay a witness to lie for him. He was fired from his position at the Simcoe County District School Board over the incident.

Stibbard was sentenced to 12 months in jail and one year of probation. He was still on probation at the time the new charges were filed on Aug. 9, 2018.

On Wednesday, Eisen said Stibbard no longer works with people who have special needs.

“He works in a completely different field,” he added.

Electrical Engineering Technology program accreditation renewed at Georgian
Jan 17, 2020 5:30 PM
Comments
We welcome your feedback and encourage you to share your thoughts on this story. We ask that you be respectful of others and their points of view, refrain from personal attacks and stay on topic. To learn about our commenting policies and how we moderate, please read our Community Guidelines.